Home » Travel Diary: Best Things to Do in Belgrade and My First time in Balkans White City

Travel Diary: Best Things to Do in Belgrade and My First time in Balkans White City

You can’t travel the whole of the Balkans without passing through Serbia. It is a landlocked country right in the middle of the regionThe city lies where the Sava and Danube rivers merge.

Belgrade means “white city”. It’s fought many battles and has been conquered by the likes of the Celts, Romans, the Byzantine Empire, the Ottoman Empire, among others. 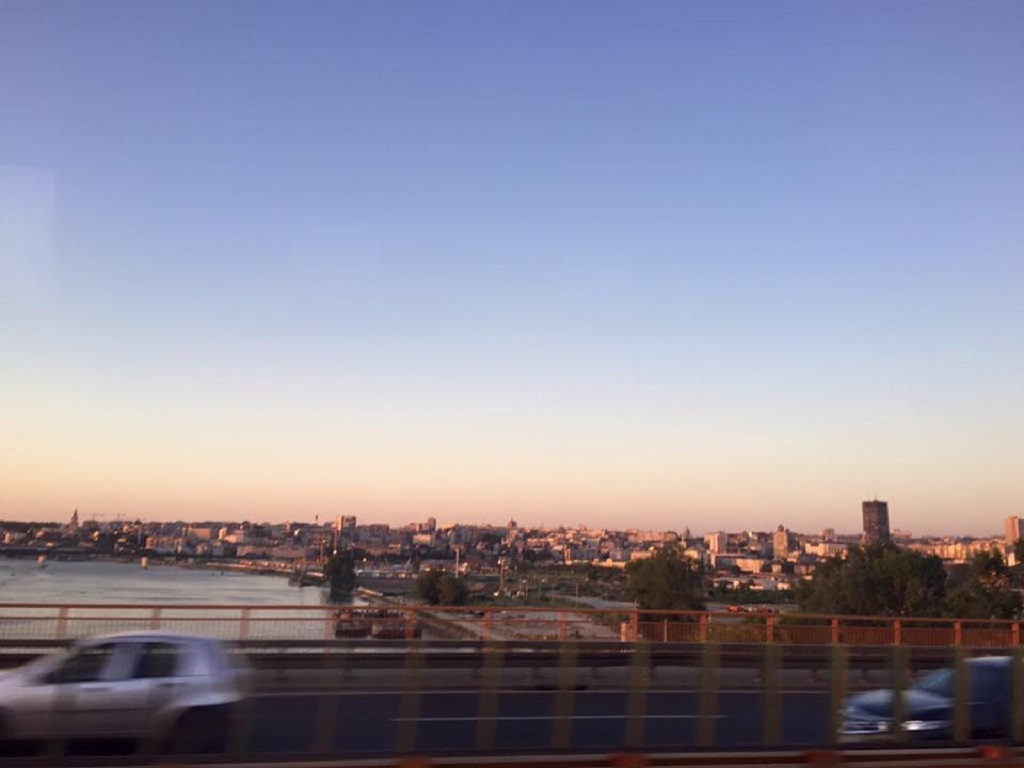 As I sat in the Sarajevo to Belgrade bus into the city, the sun set beautifully outside. It painted the horizon in pretty hues of blue and orange. Looking out, the first thing that caught my eye was the Genex Tower. Also known as the Western City Gate, it was a 35-storey brutalist skyscraper with two buildings. Between the buildings is a two-storey bridge that. A revolving restaurant sat on the top floor. 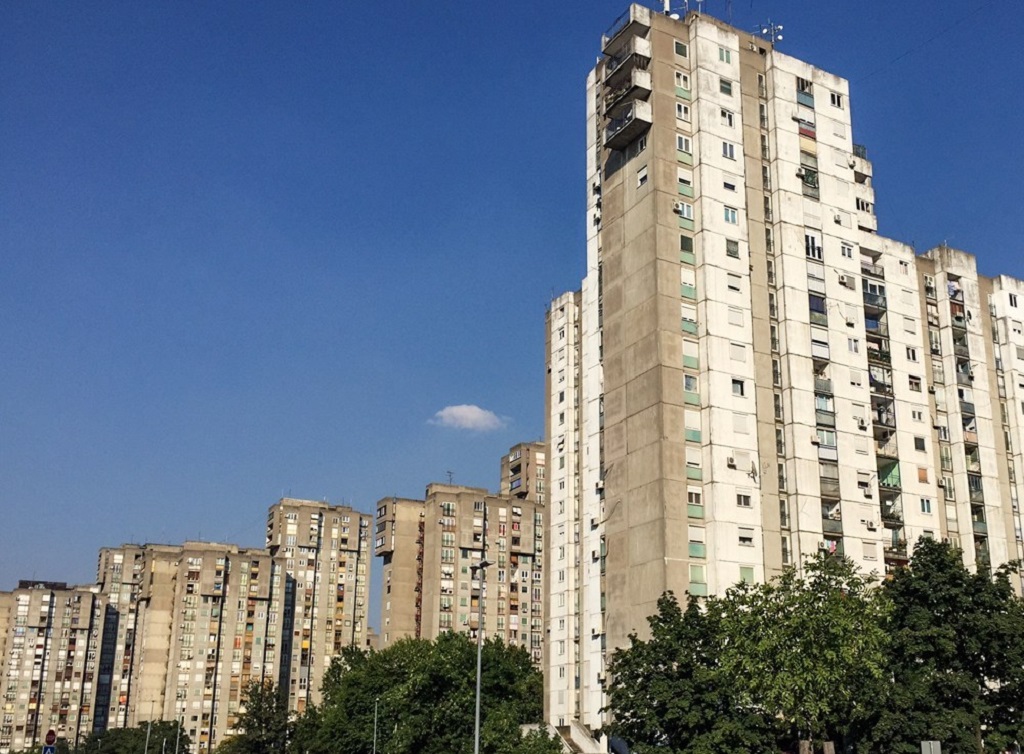 On observation, Belgrade’s facade is neither Eastern nor Western European. Instead, the city itself like it’s in limbo. Some aspects of life is very advanced, while many others seem to be stuck in the late ’90s. For most Belgrade citizens, home is in commie blocks like those in the photo above.

Here, the only forms of public transport in this city are buses and trams. Although convenient, they can get unbearably hot to travel in when summer rolls around.

You pay for your bus rides with a topped up card. Just one tap on the card reader as you board the bus and you’re good to go. If you are boarding with other passengers, you can even choose on screen the number of passengers you’re paying for with your card. For the ever-connected traveller, there is free WiFi at almost every bus stop and even on the bus.

Things to do in Belgrade 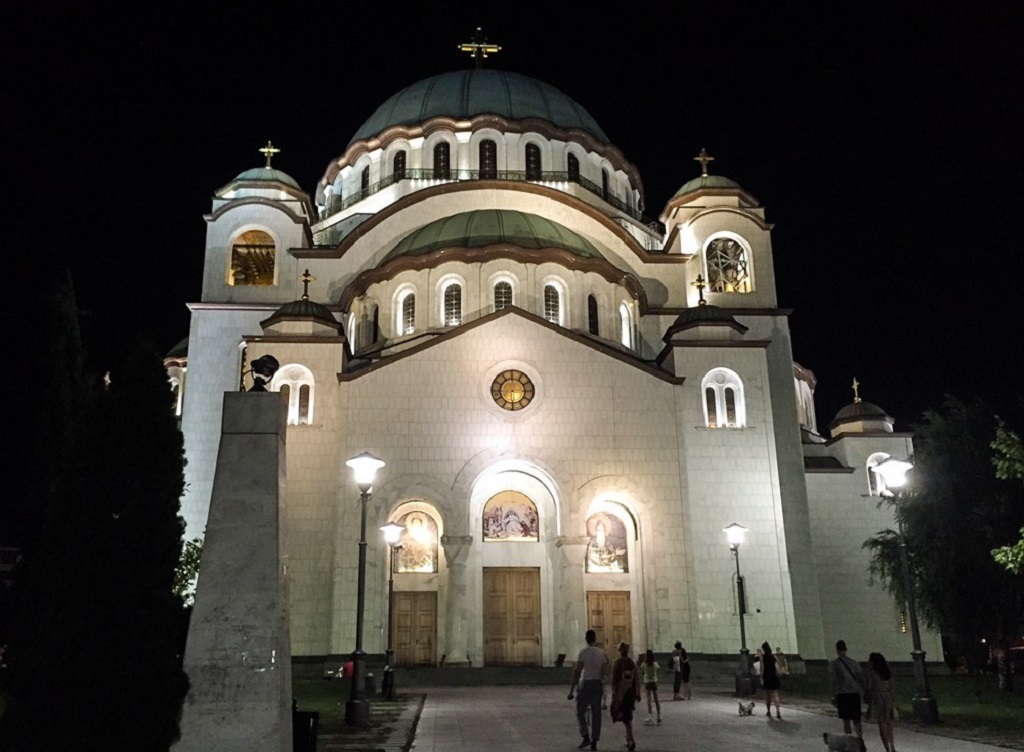 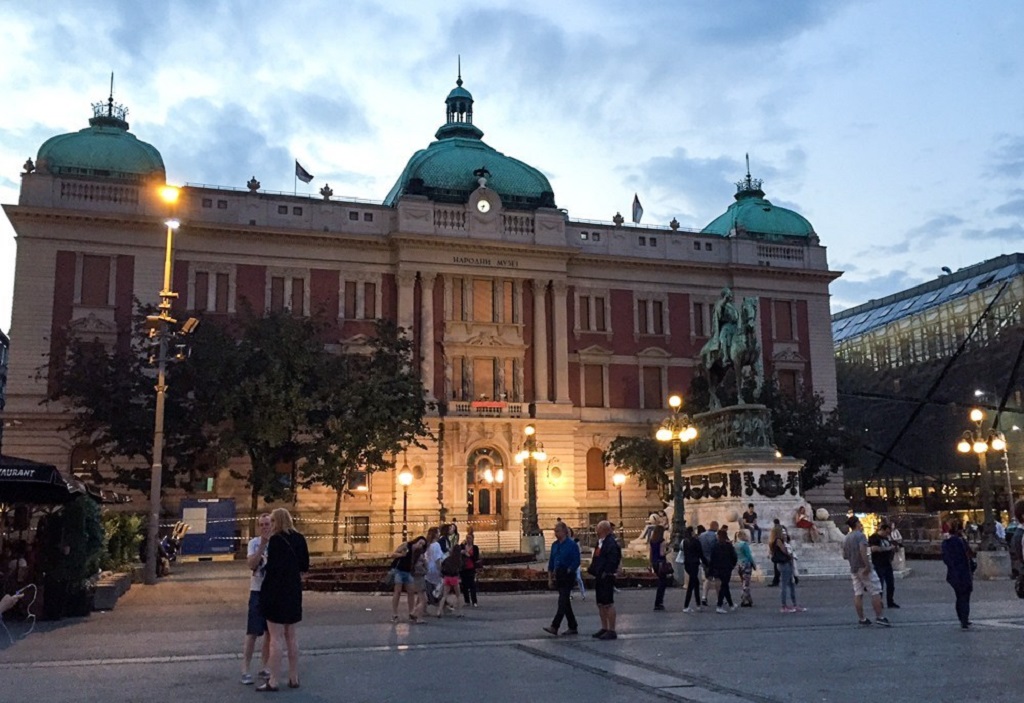 Contrary to popular belief, the Republic Square isn’t the city center. Instead, it’s about 100 metres away from Terazije, the actual central square of Belgrade. Regardless, many people make this their designated meeting spot. This includes a yearlong free walking tour which starts at 11:00 am and 4:00 pm daily. 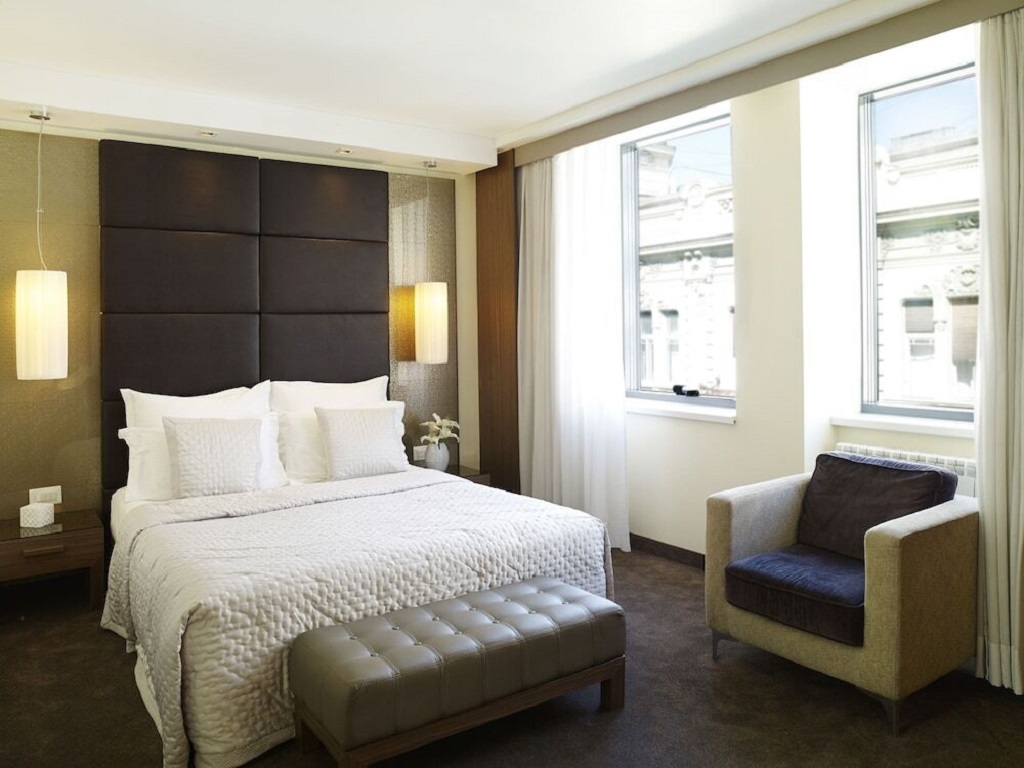 If you can’t read Cyrillic, getting around Belgrade can be challenging. This is why I recommend staying at Belgrade Art Hotel. Not only is it just steps away from Republic Square, but its rooms are also charmingly minimalist-chic and comes with free WiFi, and an LCD TV. 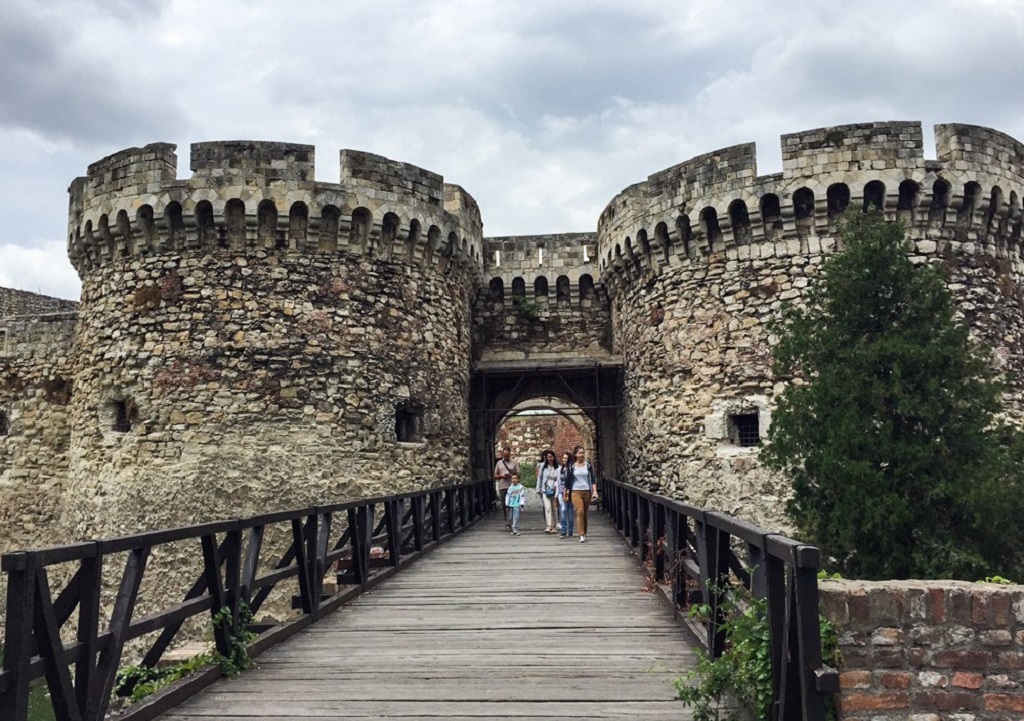 After checking in the hotel, I joined the free walking tour led by a professional tour guide who shared the city’s history with us. The Belgrade Fortress was the second last stop of the tour.

Founded in 3rd century BC by a Celtic tribe called Scordisci, it is now a popular hangout spot with a lovely view of the river. 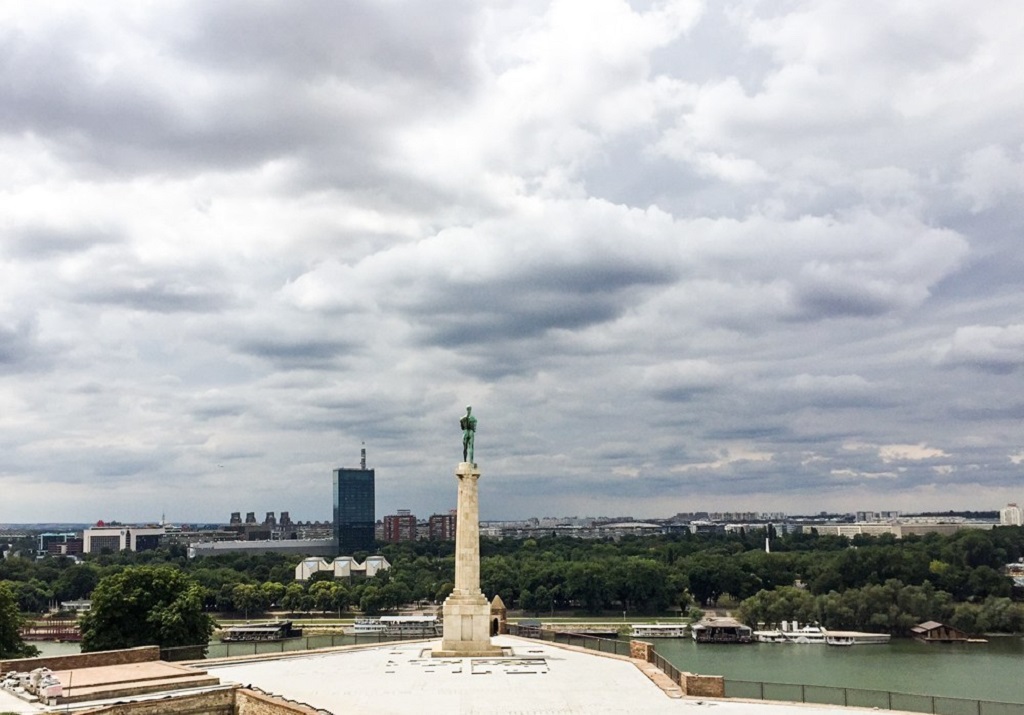 Now, it stands tall in the fortress and has become Belgrade’s most iconic landmark. 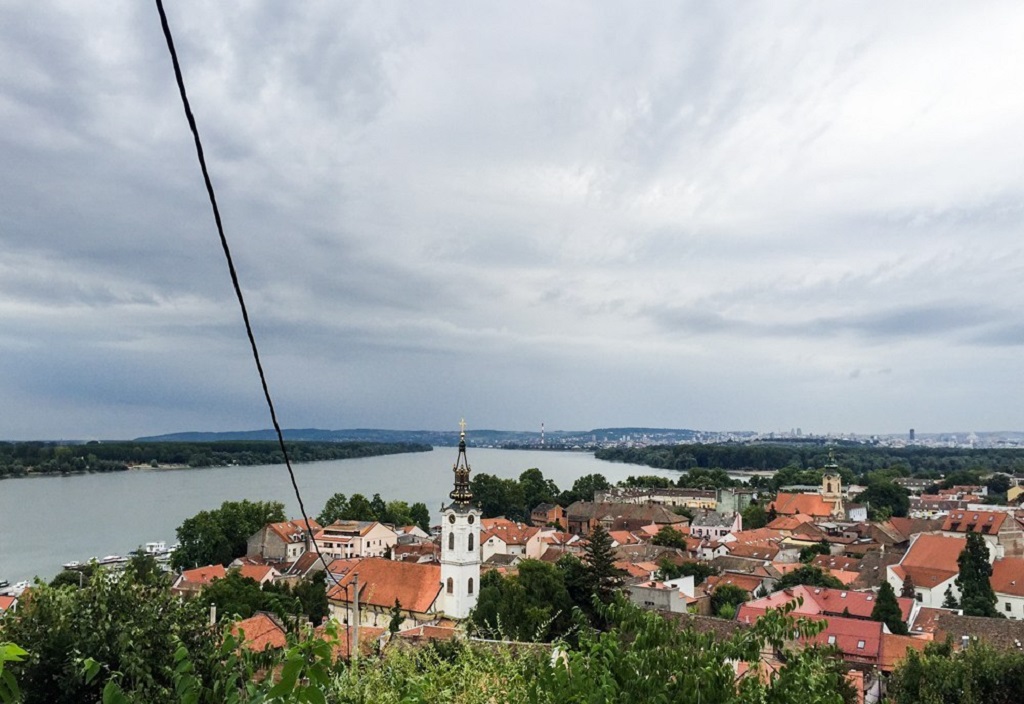 Zemun, on the other hand, is a charming town vastly different from what you’ll see in other parts of Belgrade. It’s an old town and the only part of Belgrade with Austro-Hungarian influences. This is as a result of being part of Austria-Hungry until World War I in 1914. As such, there are no brutalist buildings here.

Even after it officially became Serbian territory, it was still a town separate from Belgrade. This is why some people who live there still say, “I’m going to Belgrade” when heading to the city. If you want to experience a different part of Zemum, I would suggest joining the Zemun tour.

The Hip Side of Belgrade 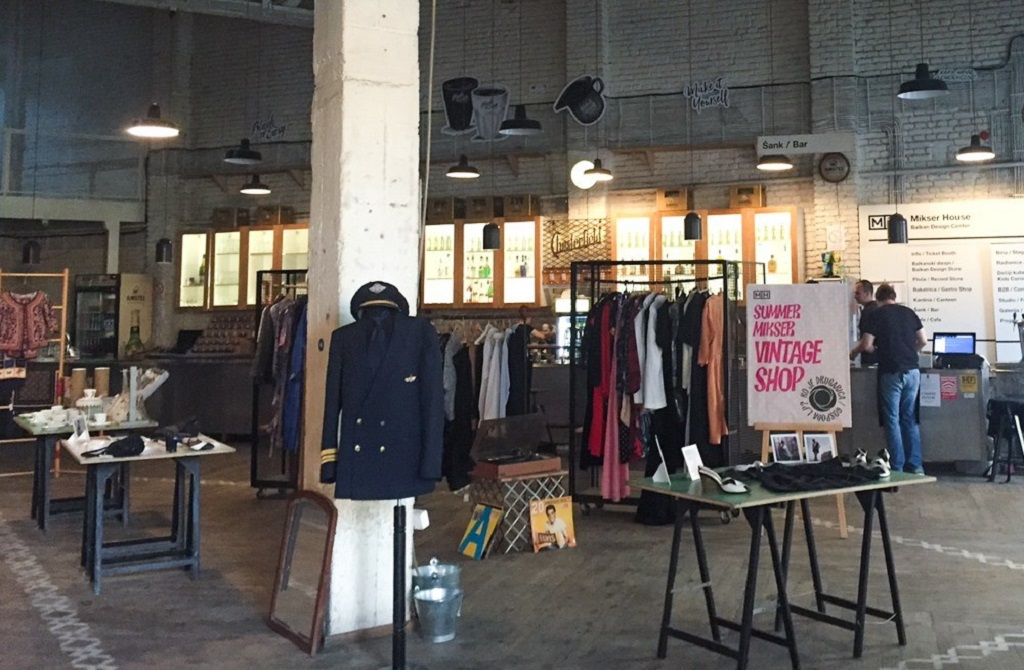 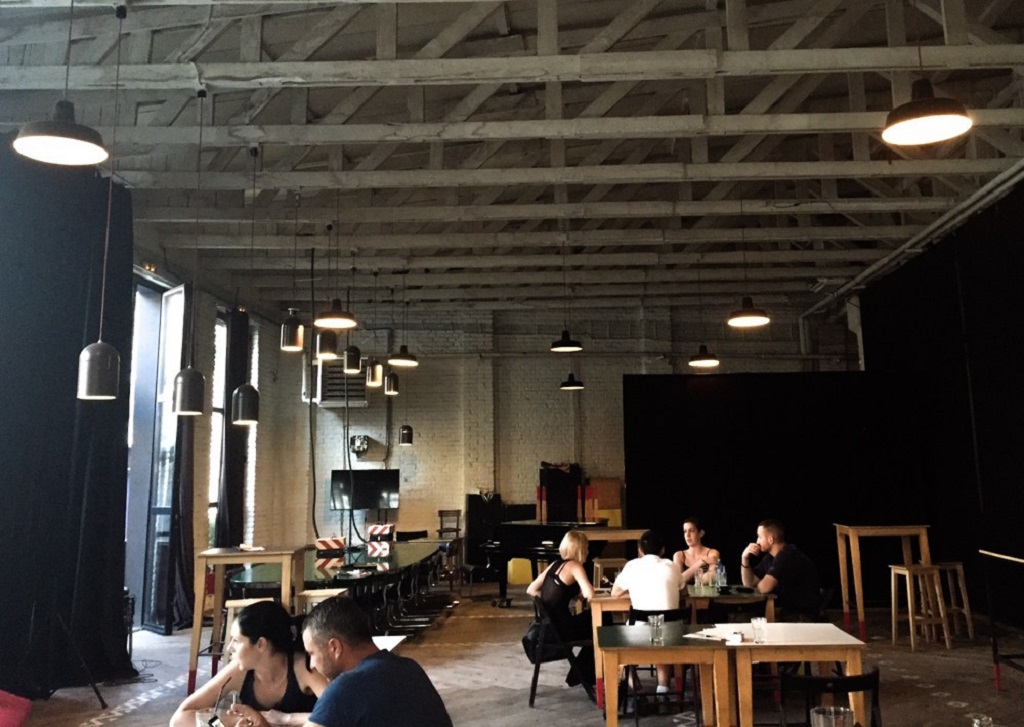 Mikser House is a co-working space/bar/events venue that also doubles as retail space selling handmade products by local designers and artisans. It’s great for digital nomads who need a place to get some work done and for travellers looking to take home some unique souvenirs. 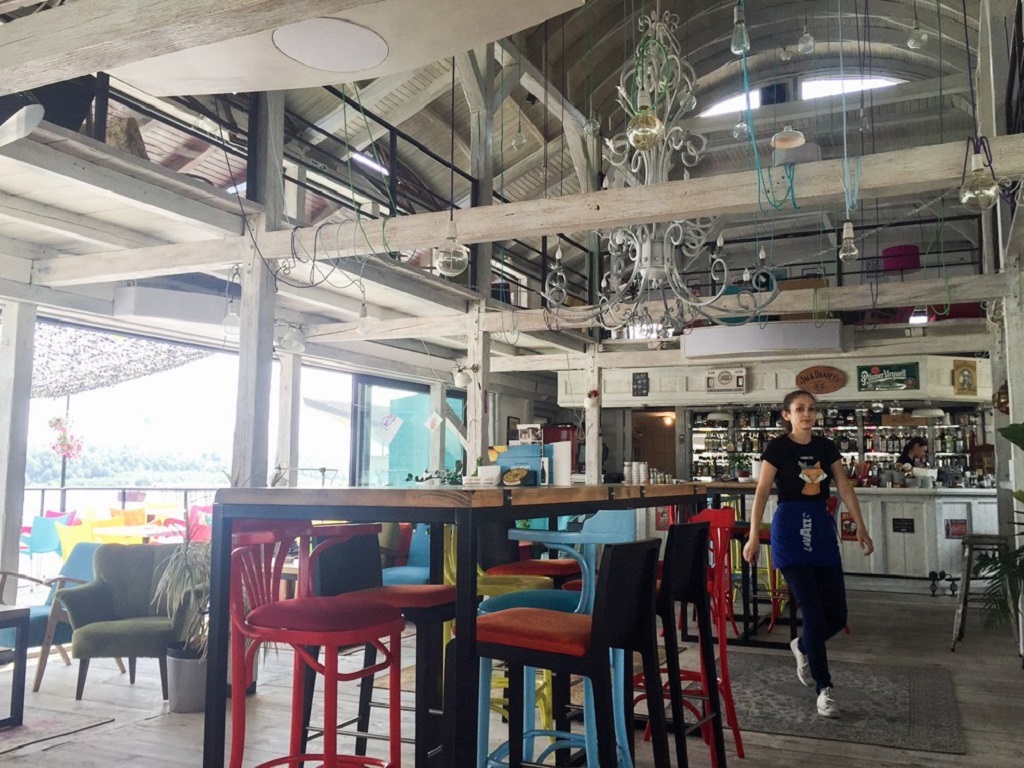 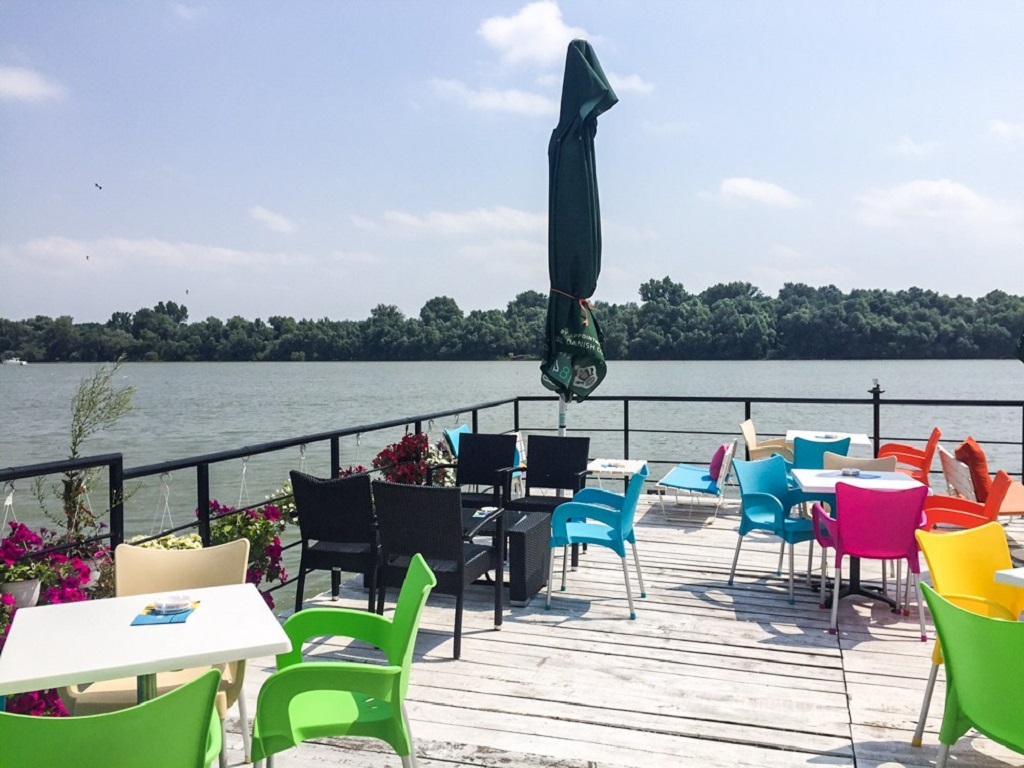 This is Lemon Chili, a unique hip cafe on a boat that’s open to customers who want to work on their laptops while they eat and drink. 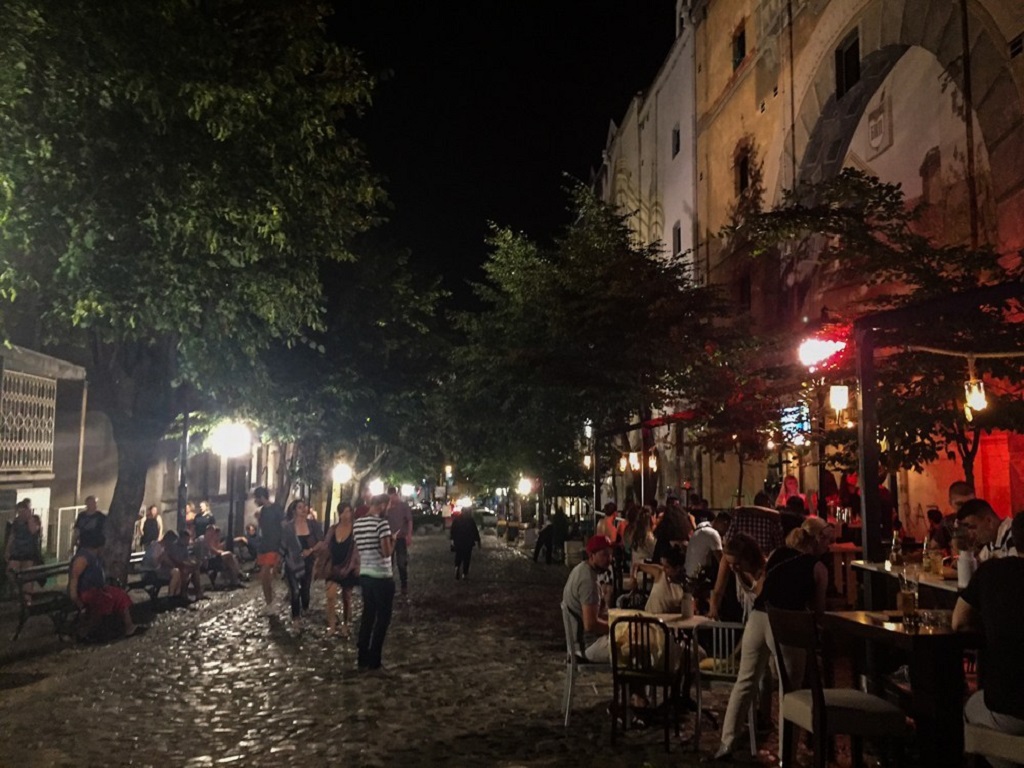 A 10-minute walk from the city centre, the Bohemian Quarter comes alive at night with music and people singing, dancing, and drinking. Here, you’ll find restaurants serving traditional Serbian food so dinner can turn into a full-on night out if you so wish.

What’s unique about Belgrade are its river clubs –– clubs on boats docked by the river. For a unique party experience, definitely head to one of those, such as Klub 20/44, a house and techno club that’s a favourite of locals who are into underground electronic music. 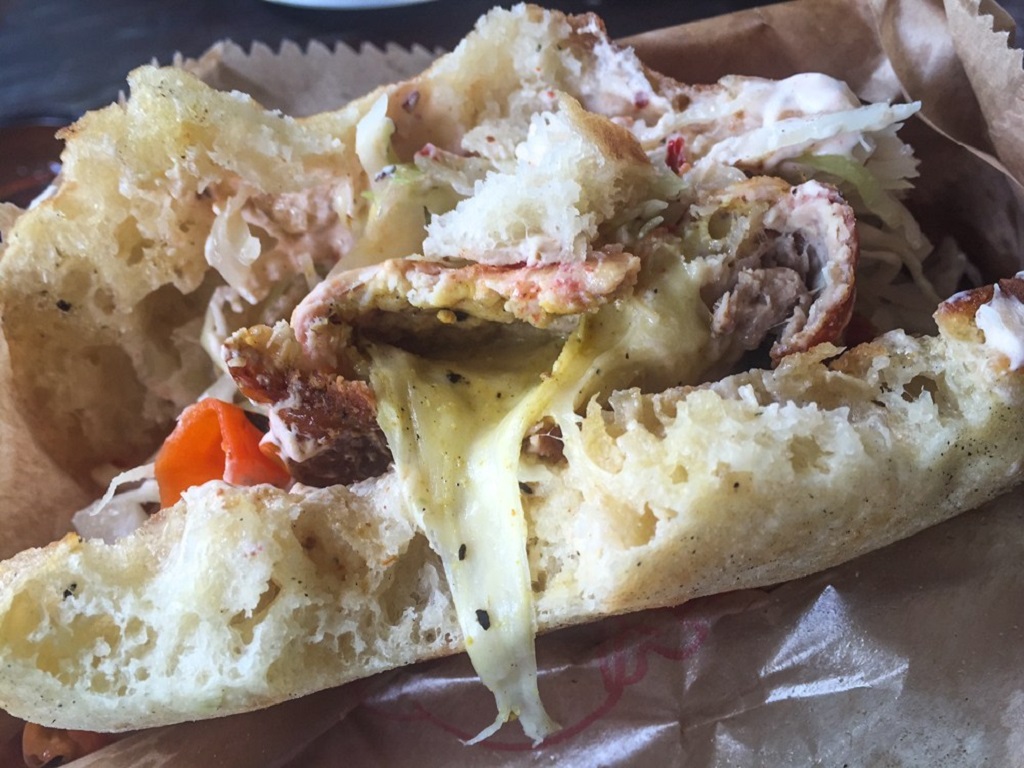 Hungry after a night out in the club? There are loads of food options available even past midnight. You’ll see a lot of sandwiches and meat dishes no matter where you are and the time of day. There are fast food kiosks everywhere, and if you can’t understand what’s on the menu, just point to a picture if there’s any.

These delicious, juicy meat sandwiches are better than any McDonald’s burger and you can choose to have various sauces and fillings in it. If you’re a vegetarian, unfortunately, there isn’t much you can eat besides salads.

Try to get a plate of cevapcici, too, which is made with grilled meat sausages served with flatbread and fries, popular throughout the Balkans. Think of it as the Balkan version of the Arabic Kebab. 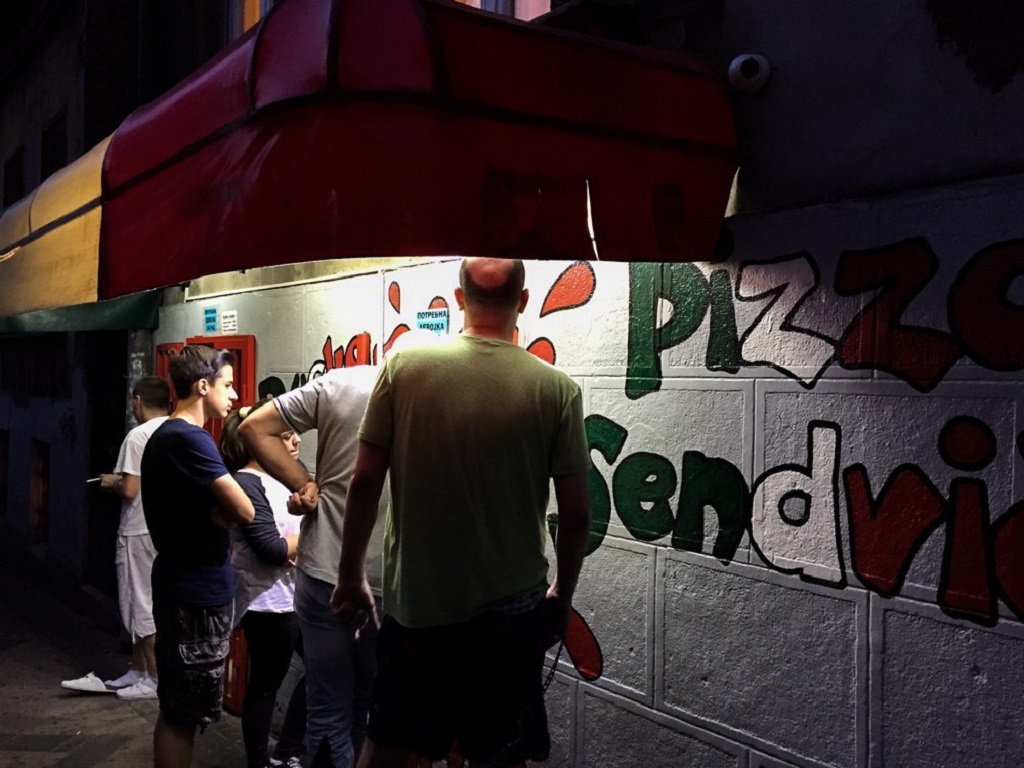 There’s a pizza joint not far away from the city centre called Bucko. It’s a literal hole in the wall, where you order pizza and choose from one of 10 to 12 different creamy sauces for your pizza. While it isn’t for the pizza purists, they’re worth a shot if you’re up for something different. You won’t miss it as there will be a queue around 9:00 pm. 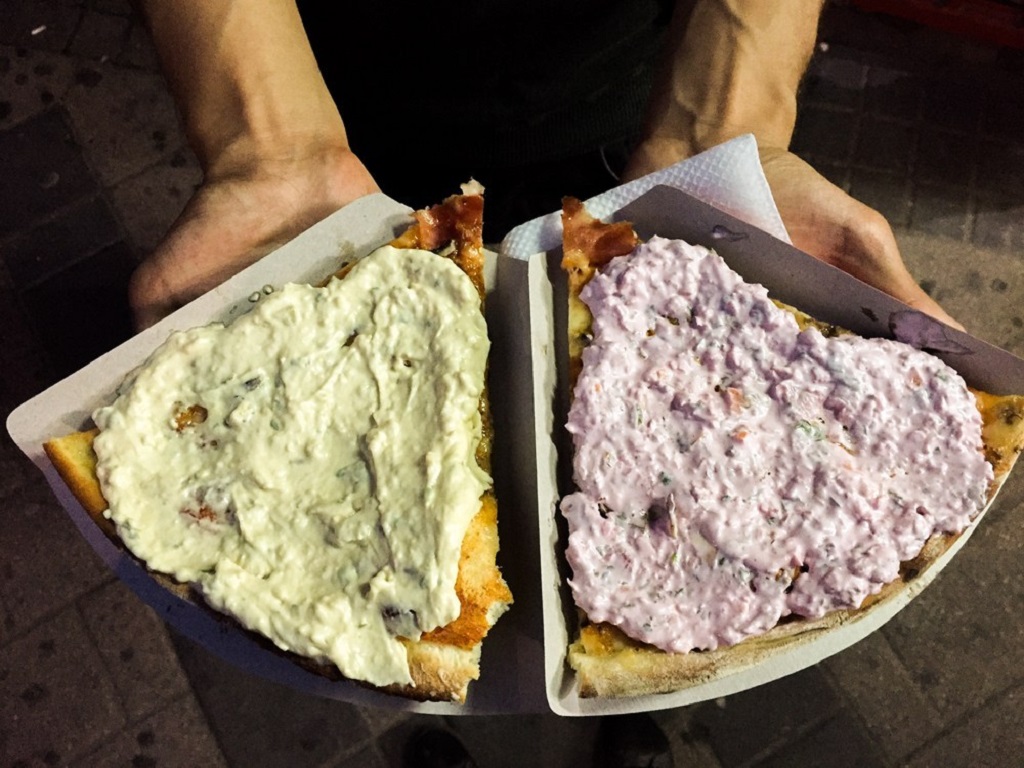 We got a chicken with mayonnaise topping and a “vitamin mix”. The “vitamin mix” was a topping made of beetroot, carrots, celery with what looks like yoghurt. While the latter was refreshing like a salad, while the former was too cloying, with too much mayo. 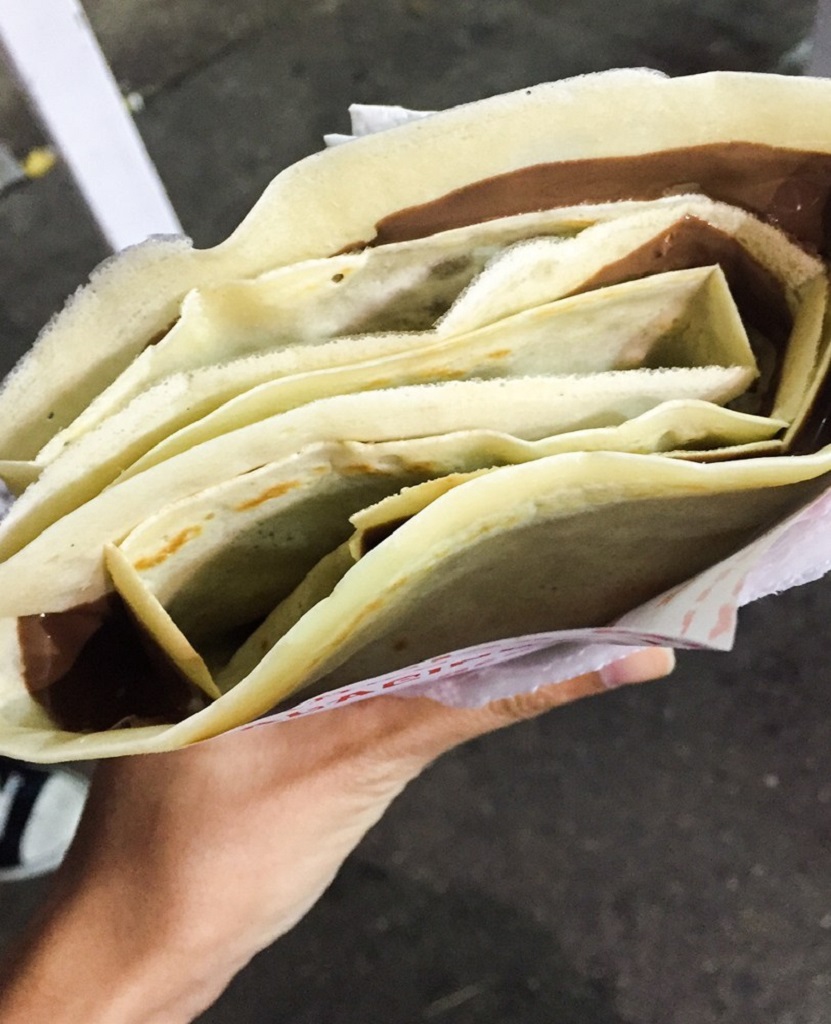 What this city does best is pancakes stuffed with all sorts of toppings. You can choose from an extensive menu of fruity, sweet, or savoury pancakes with at least three different combinations of toppings.

I got a pancake stuffed with Nutella, hazelnut, and grated coconut. There are pancake joints almost everywhere in the city. Just go with your gut or ask a local for their favourite place for pancakes in town.

I hope this brief guide will give you some ideas on what to expect on your first time in Belgrade. In my opinion, it’s not a city for solo travellers who plan to be completely solitary. It’d make your trip much easier if you try to meet some locals (try Couchsurfing or MeetUp), make friends, and go out with them. Good luck!

More Articles With All