Home » Guide to Xi’an City Beyond the Terracotta Army

Guide to Xi’an City Beyond the Terracotta Army

For most, Xi’an is at most a layover city for the reputable Terracotta Warriors from the Qin Dynasty. But with over 3 millennia of collectable historical remains and heritage, Xi’an, which was previously the great ancient capital of China deserves more than just a day trip. You will never run out of things to do in Xi’an — from the prestigious landmarks like the Giant Wild Goose Pagoda and the Bell Tower to natural blessing sites like Huashan Mountain and Hukou Waterfall.

Things to do in Xi’an 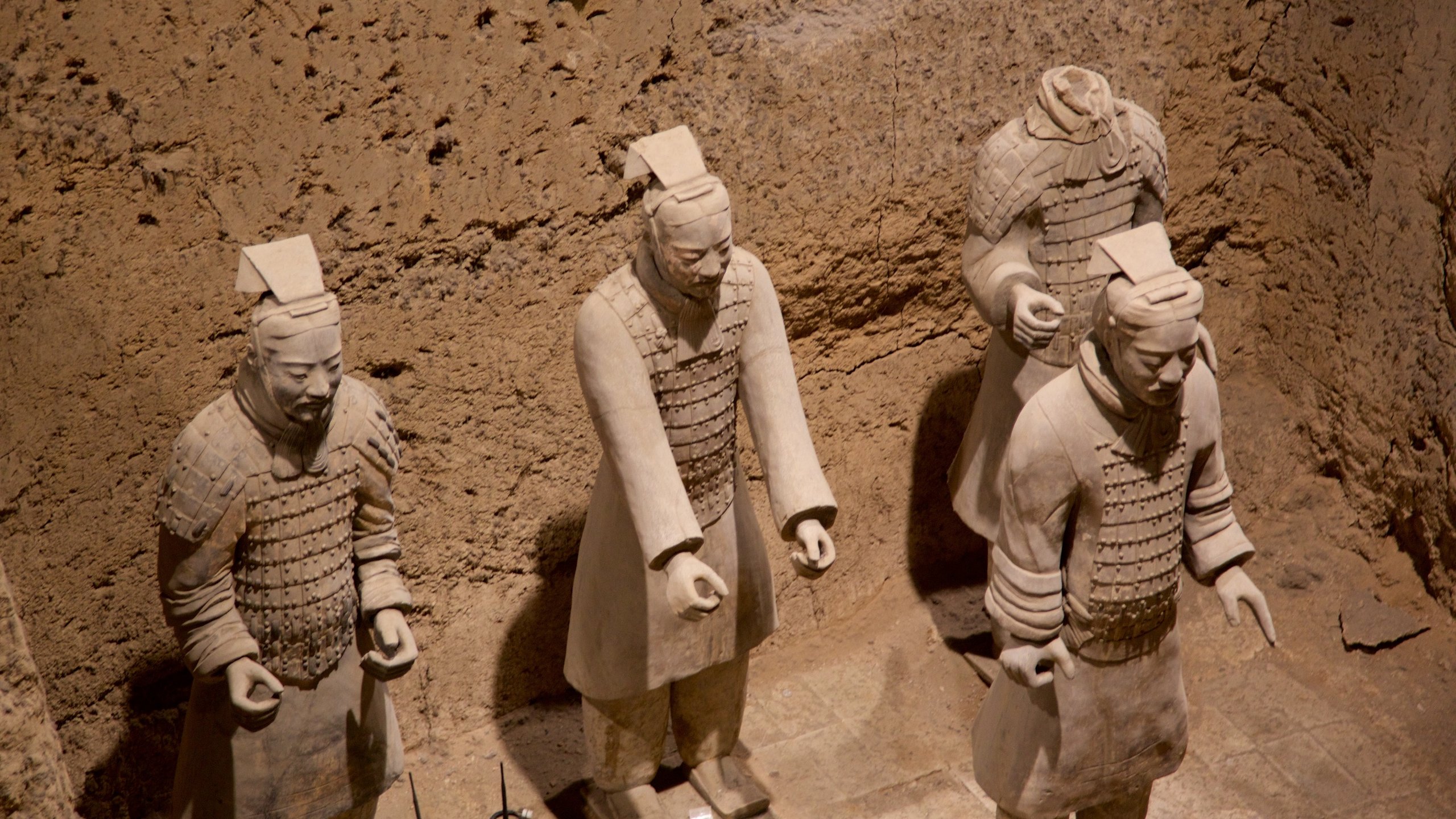 While you’re already in Xi’an, you shouldn’t miss out on one of the most famous Xi’an attractions: the Terracotta Army. Also known as the “Terracotta Warriors”, the site was discovered in 1974 by a group of local farmers whose intention was to dig a well close to the Qin Emperor’s tomb. The unexpected expedition soon became one of the eight wonders of the world.

These majestic fields of Terracotta armies were buried in bygone for nearly 2,000 years during the death of China’s first emperor, Qin Shi Huang Di. Over 8,000 warriors with Lamella armour, horses, and chariots were buried to accompany the late Emperor to his eternal life.

If you wish to learn more about this UNESCO Heritage, sign up for the Terracotta tour to unravel some of the deep secrets that were buried with it. 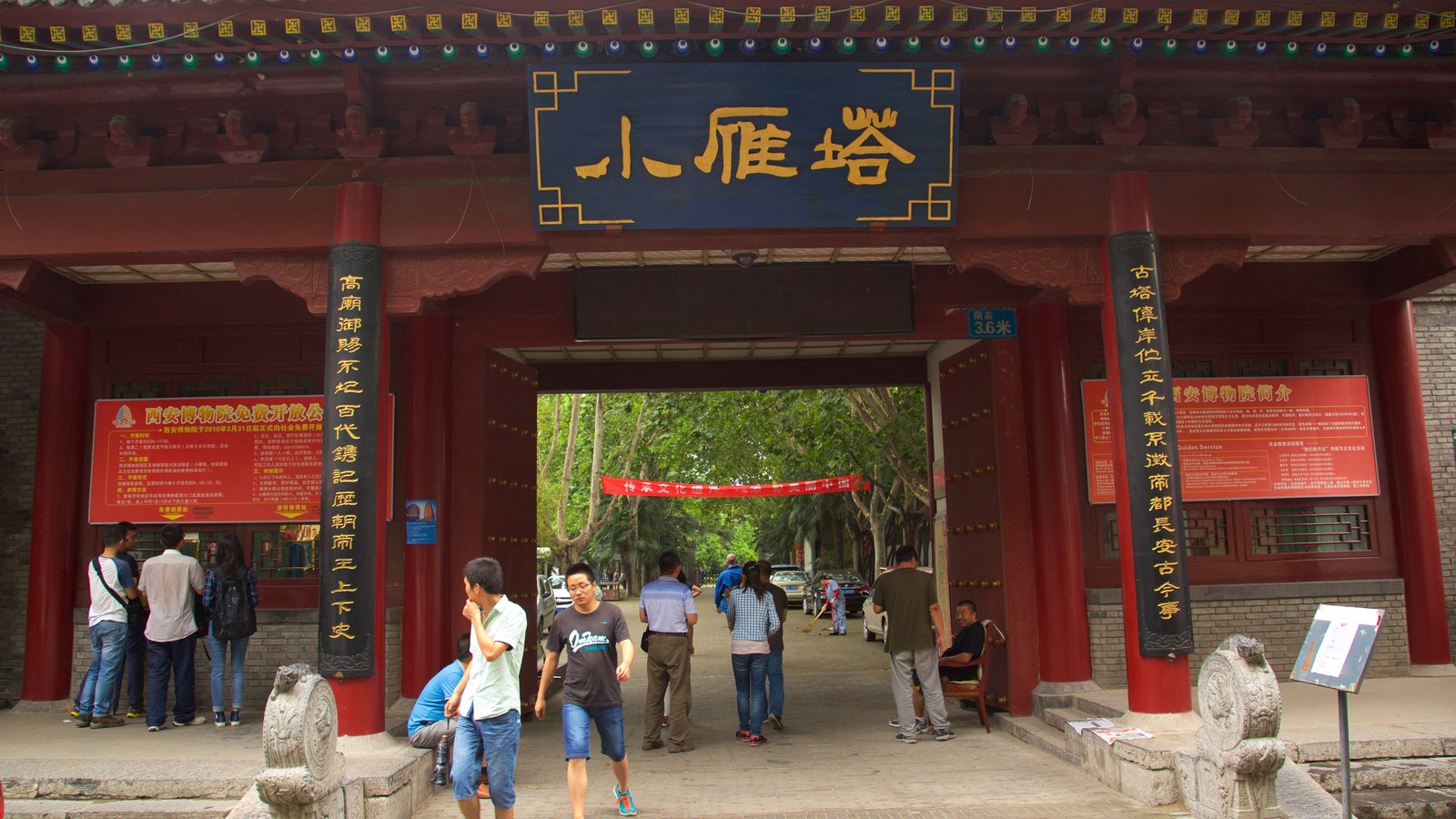 No trip to Xi’an is complete without visiting the iconic Giant Wild Goose Pagoda built during the Tang Dynasty. With over 1,300 years of rich history, this well-preserved ancient pagoda showcases the greatest civilisations of antiquity.

Although different layers make up the pagoda, every layer shares the same purpose in safeguarding all the Buddha’s figurines brought over from India. The pagoda was originally built in five layers, and two extra layers were added after the change of the Dynasty in year 704. 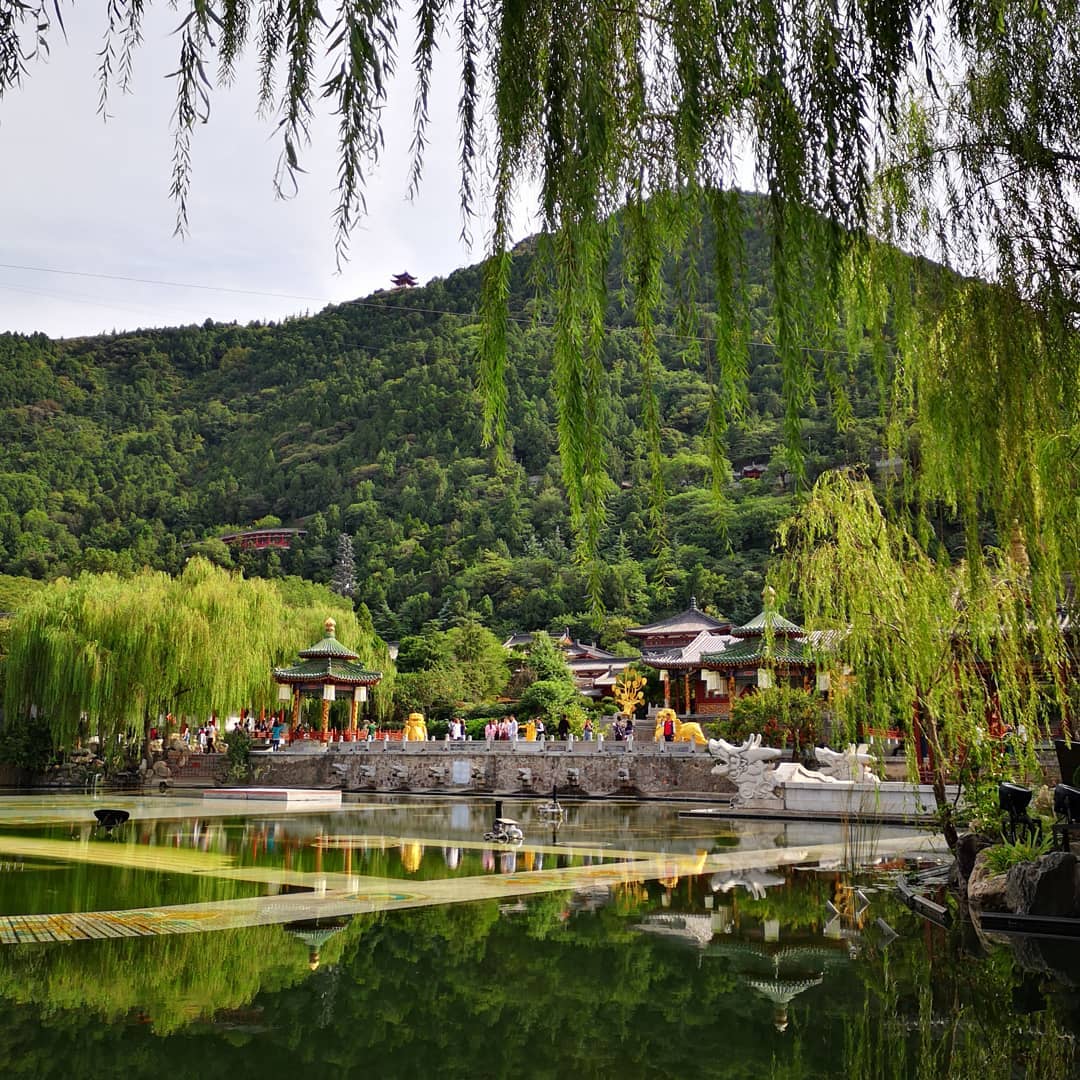 With the Xi’an weather hitting temperatures of -5°C, winter here can be a little bit “painful”. The best way to defeat the cold is to submerge yourself in a pool of hot water in Huaqing Palace, which was originally built for the royals of the Tang Dynasty.

Beyond the hot pool, Huaqing Palace has become one of the top Xi’an attractions for its unbeatable serenity and the scenic views over the mountainous terrains. Legend says that this palace was built as a symbol of romance between Xuanzong Emperor and his consorts with every pavilion dedicated to each of his lovers.

Huaqing Pool features a Nine-Dragon Lake, pavilions, Furong garden, pear garden, and hot springs with a great view of Lishan Mountain at the back of the palace. Exploring this scenic setting is one of the most relaxing things to do in Xi’an.

Note: Come later in the afternoon to explore the palace and stay late for the Song of Everlasting Sorrow Evening Show. Free of charge. 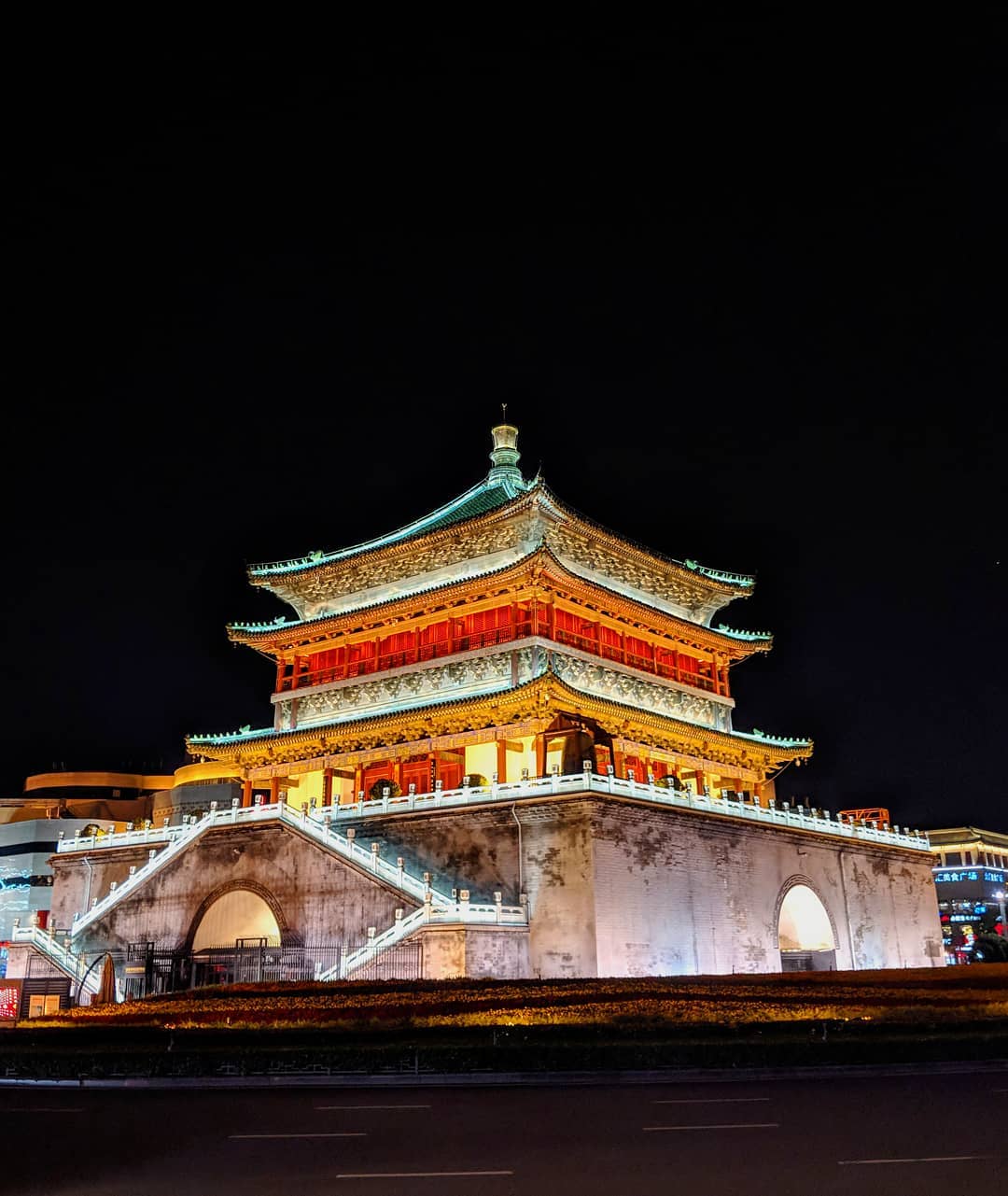 Another highlight of Xi’an is the wooden Xi’an Bell Tower, the largest bell tower across China. Built in 1383, the tower served as an elevated observation point during the Ming Dynasty and as a WatchGuard against the enemies during the Japan war.

Another story says that this Bell Tower was built to suppress the dragon that was causing the earthquake in Guanzhong province. People believe that the tower has the capability to conquer the dragon and thus, bringing peace to Xi’an residents. Miraculously, earthquakes have not struck Xi’an since the Bell Tower was completed. Despite physical similarities to the Bell Tower, the Drum Tower was used to mark the end of the day. At Drum Tower, a drum is beaten every day at sunset while at the Bell Tower, you can hear the bell struck at dawn. You can also catch the exhilarating drum performance every day. 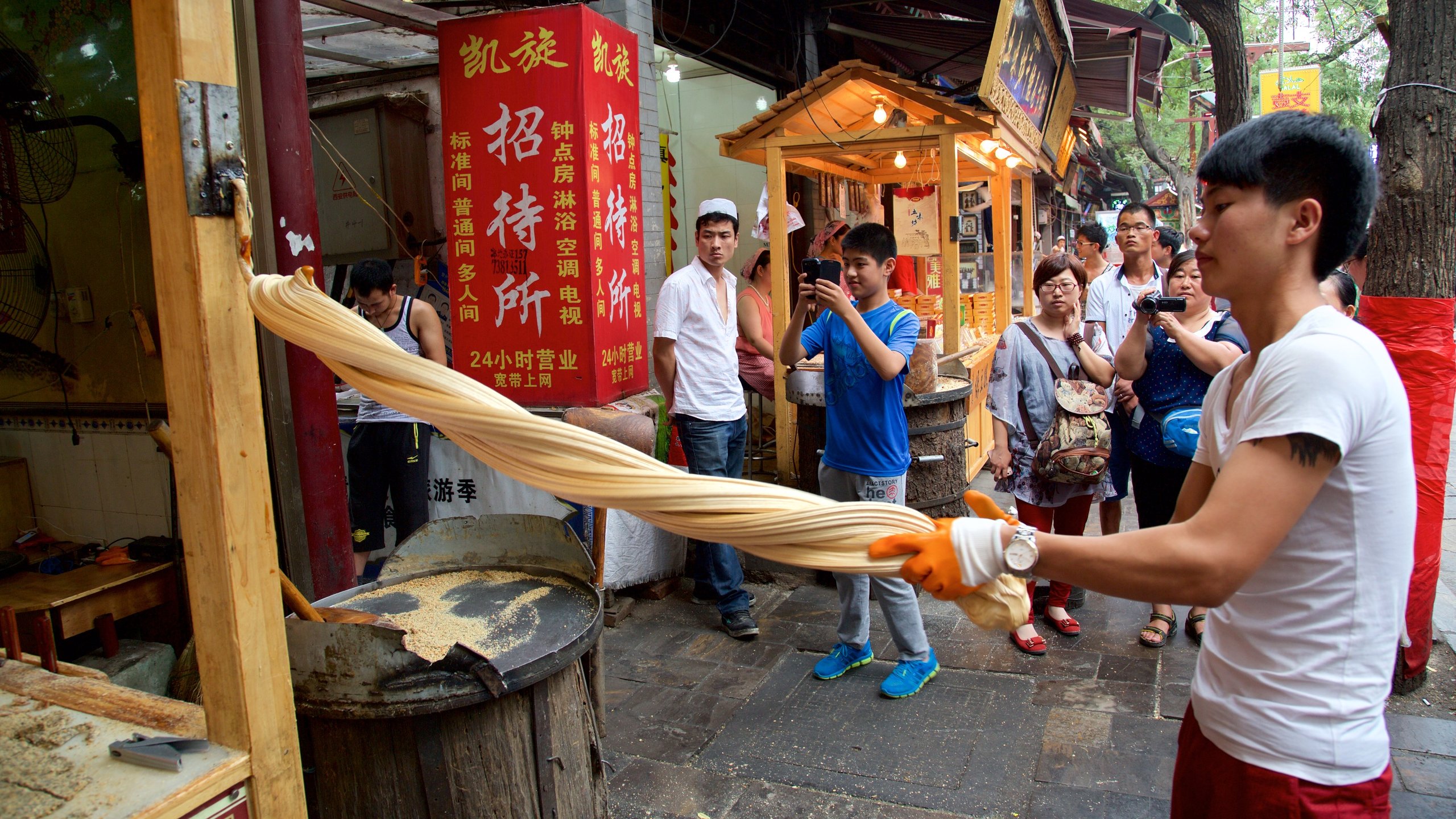 Xi’an was one of the first cities in China to welcome Muslim migrants, mainly the Persians and Arabs. The spread of the Muslim heritage throughout the Muslim Quarters makes this city a perfect destination for tourists to explore the unique architectures, distinctive culture, and some of the best Halal cuisines. Head down to the Muslim Food Street near the quarters to indulge in some halal barbecued lamb skewers and Mutton Flat Bread Stew aka “Yang Rou Pao Mo”. 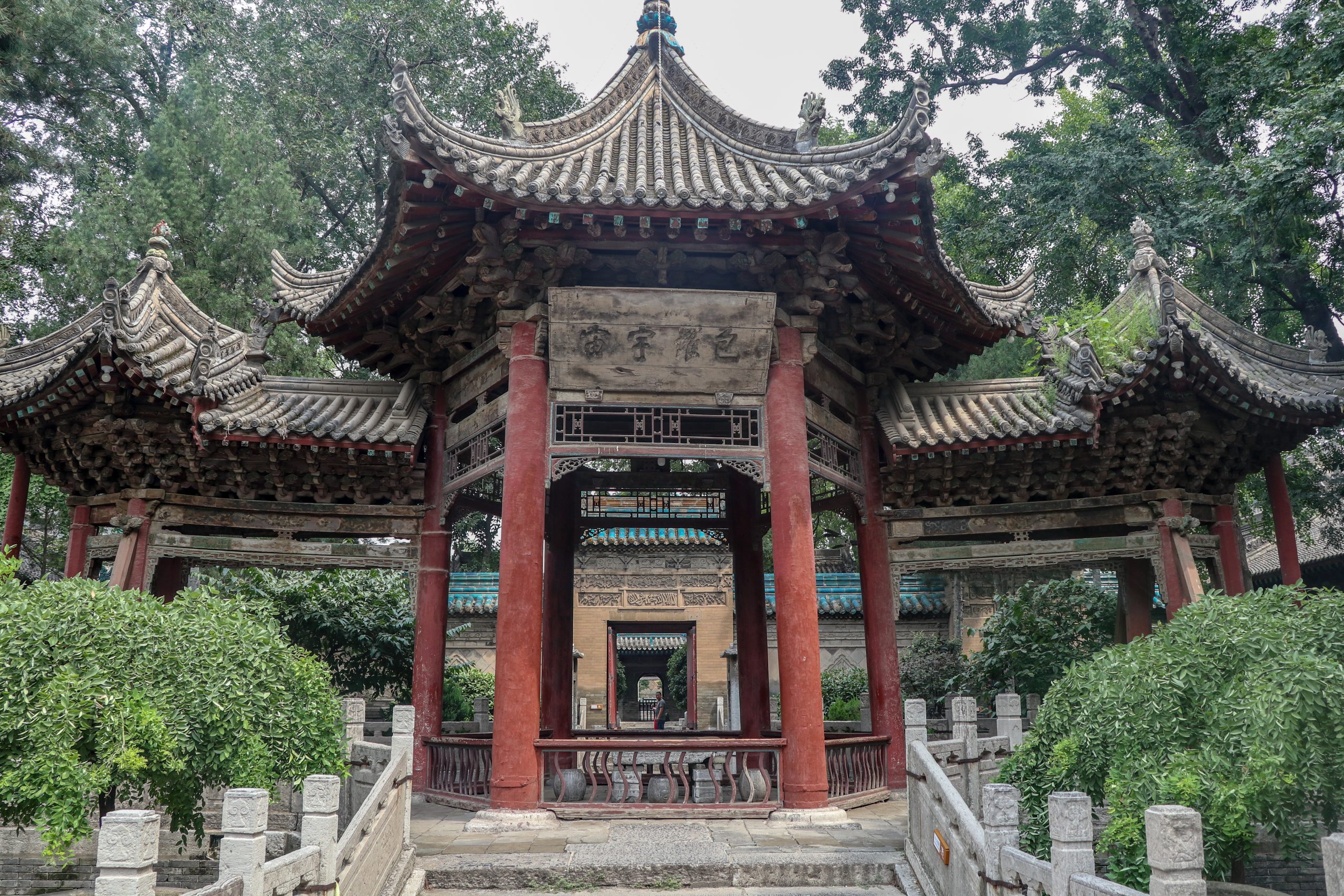 Unlike the typical Chinese-influenced architecture, the Great Mosque of Xi’an symbolises the development of the Muslim community in the city. Interestingly, the Mosque is built during the Ming Dynasty following Feng Shui while facing the direction of Mecca in the West.

The highlight here is the unique architecture with a blend of both Muslim and Chinese influences. Instead of the usual dome-shaped roof, this mosque features a pagoda-like roof while its walls showcase calligraphy inscriptions of animals and objects in both Chinese and Arabic. 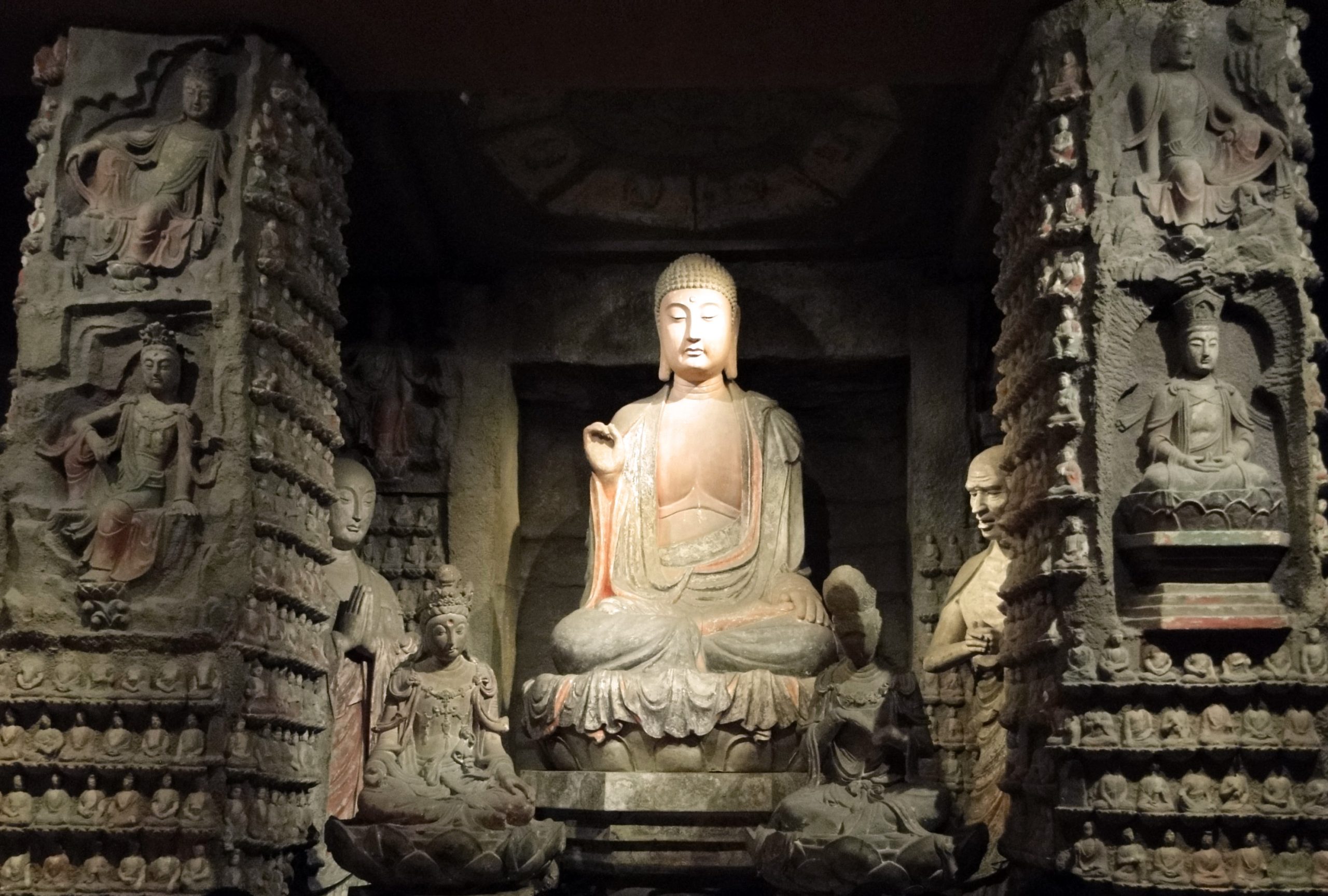 When it comes to things to do in Xi’an, Shaanxi History Museum is another absolute must. It is one of the largest museums in China with artefacts like the ancient murals, coins, statues and potteries on display. You will spend a good few hours here, getting lost in the massive compound. 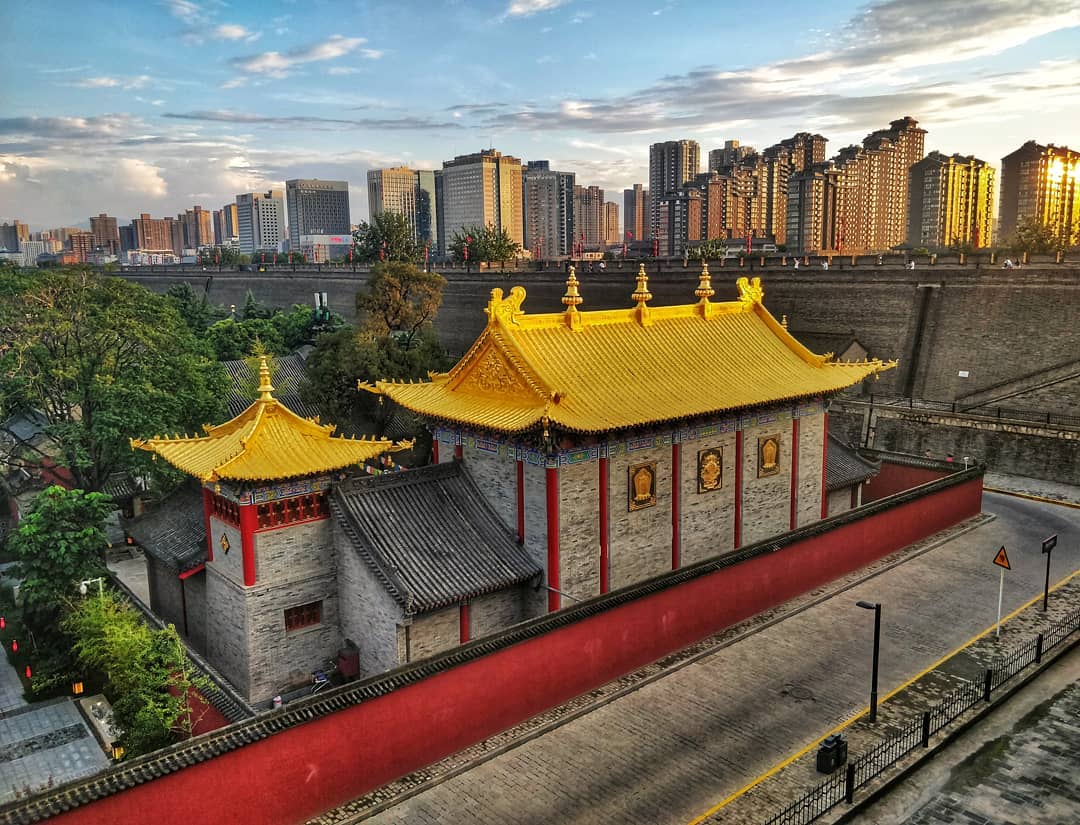 These well-preserved fortifications of Xi’an, the Ancient City Wall, stretches over eight miles in length and 60 feet high. This baronial architecture is one of the largest ancient military defence systems in the world.

Hop on a rental bike, cycle around the city wall and stop along the way for some street snacks. If you’re lucky, you will be able to catch the city wall changing guard ceremony at the south gate. 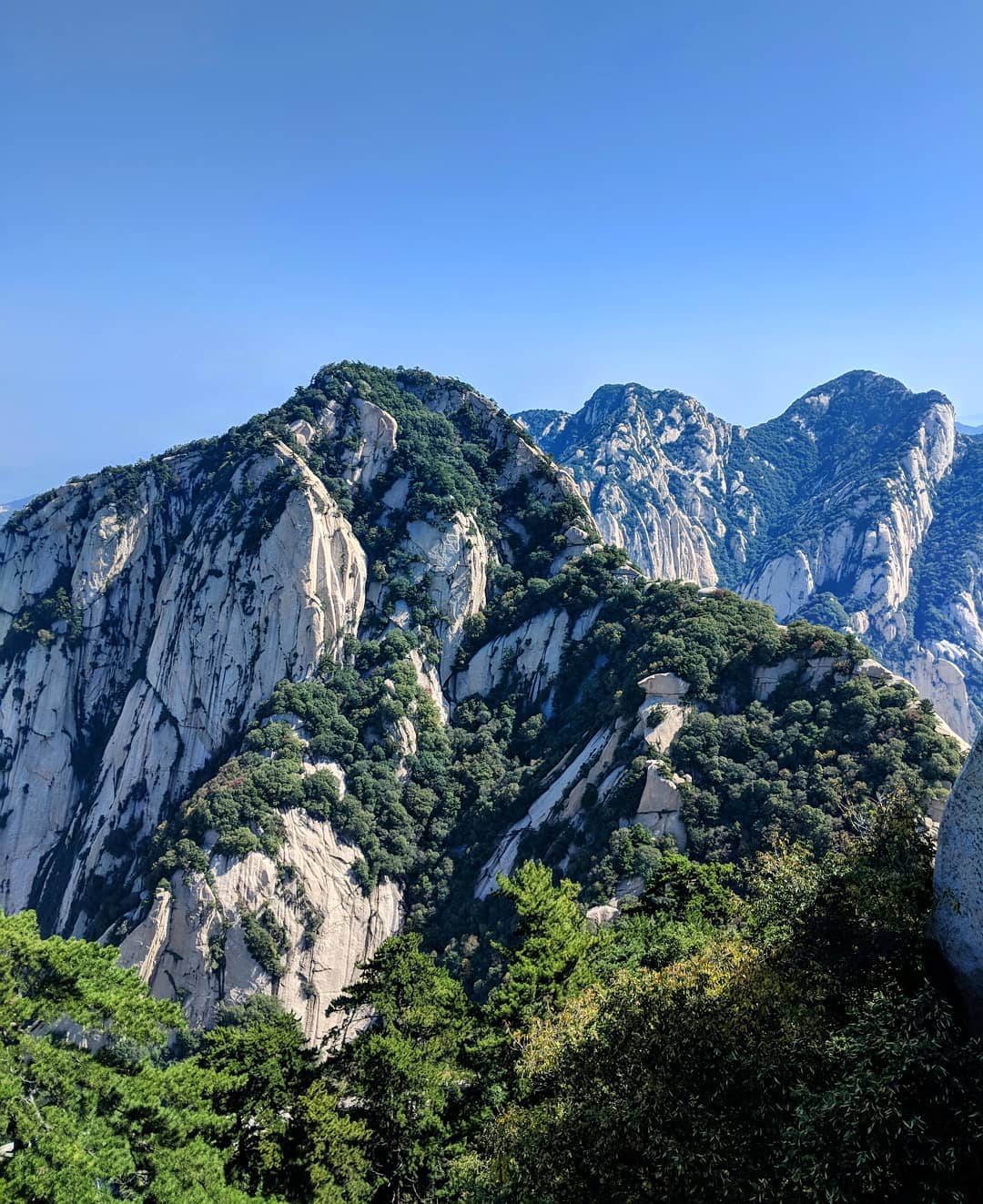 One of the most exotic things to do in Xi’an, Huashan mountain is located 120 kilometres away from the city centre. Take a long bus ride from Xi’an’s city to make it to the peak of Huashan mountain. Away from the hustle and bustle of city living and into serenity! 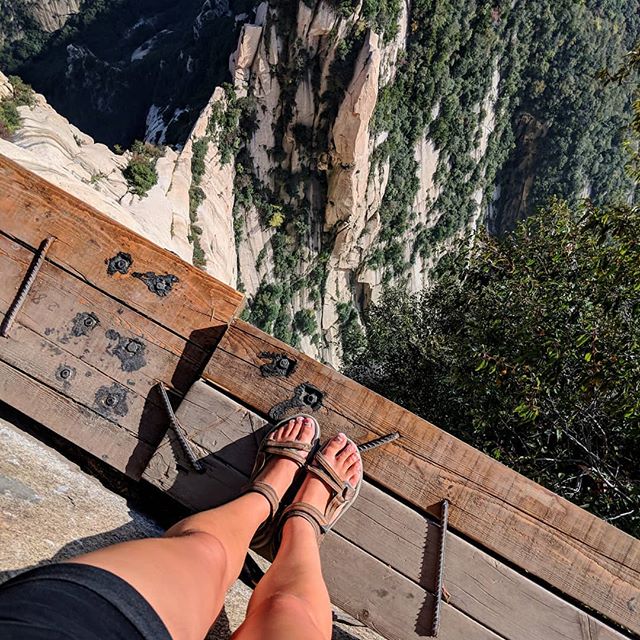 Huashan is the holy land for Taoists with several sacred temples located high up in the craggy mountains. Many adventurers and thrills seeker conquer the mountain by taking up the challenge to hike on the steep and narrow wooden planks on the mountain cliffs. After a while, you will probably forget about the thrill as you soak in the scenic view of the surroundings. 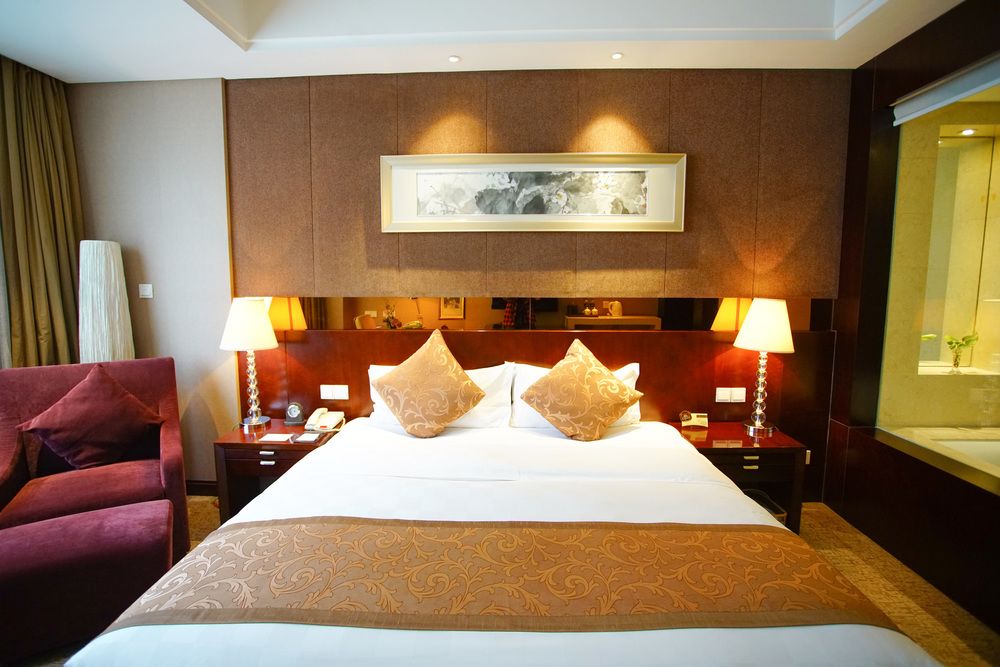 A wallet-friendly alternative to a luxury stay. The spacious hotel room comes with complimentary wifi and breakfast buffet. Strategically located at Xi’an city centre, making it a great base to explore the city. 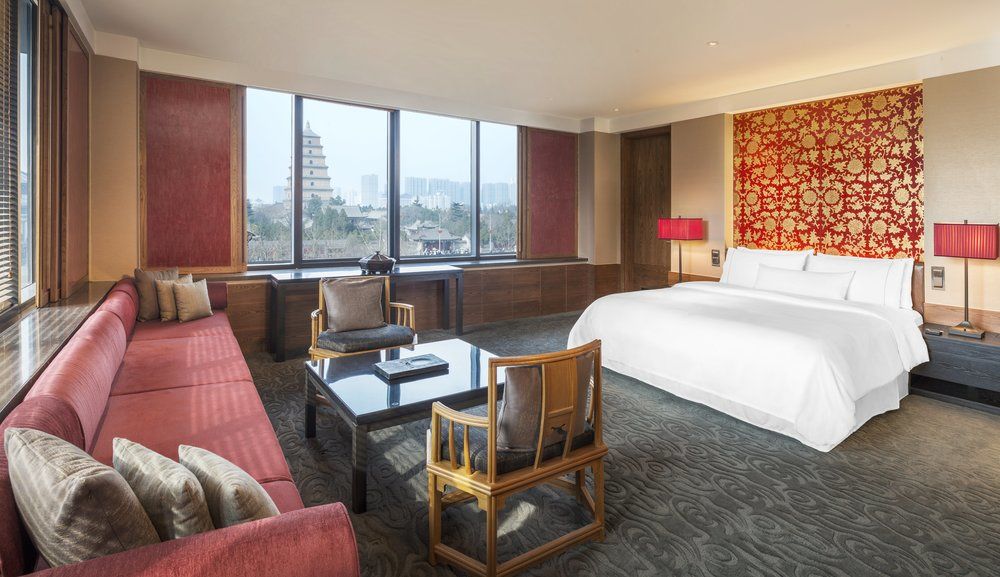 An iconic stay in one of the best Xi’an hotels where guests are pampered with stylish, modern rooms with a touch of local heritage. The hotel is only a stone’s throw away from the famous Wild Goose Pagoda and Shaanxi Museum.

Where to Stay during your Trip

Some of the must-try food in Xi’an

One of the best things to do in Xi’an is eat and Xi’an food is all about noodles. Their noodles are typically served with chillies and assorted vegetables — spicy, oily and incredibly flavourful. 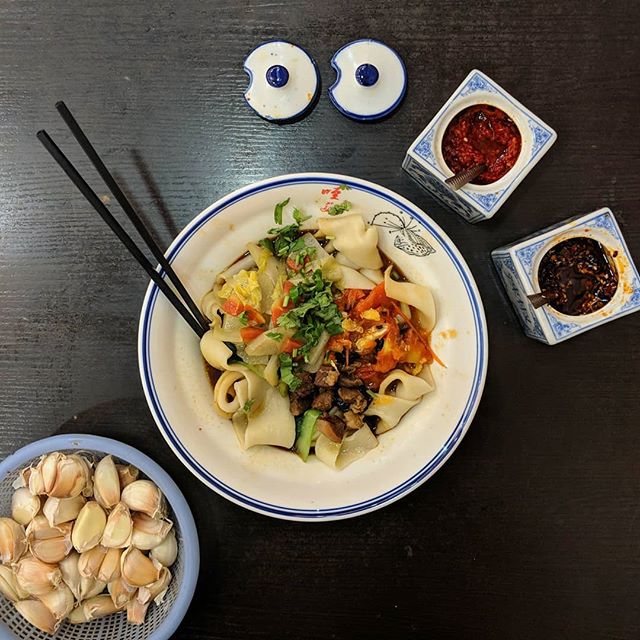 Xi’an locals love lamb, a preference you quickly pick up from observing local dishes offered, but the most popular offering will be the hotpot. Lamb hotpot is served in a charcoal-heated metal pot. Dip thin mutton slices into peanut sauce and wash it down with a sip of beer. Easily one of the best food in Xi’an for cold winter nights! 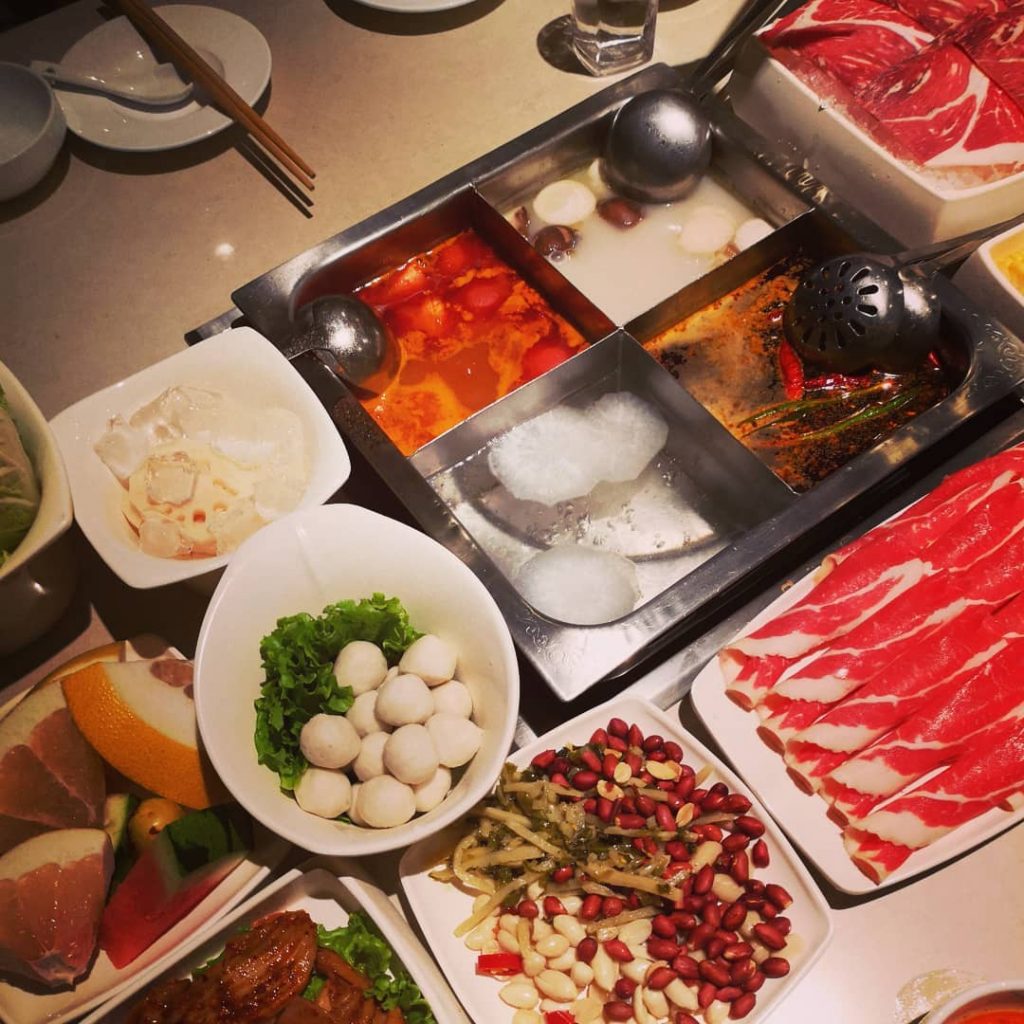 If the USA has McDonald’s, Xi’an has rou-jia-mo, the local go-to snack made from a freshly baked or steamed bun stuffed with stewed beef or pork. 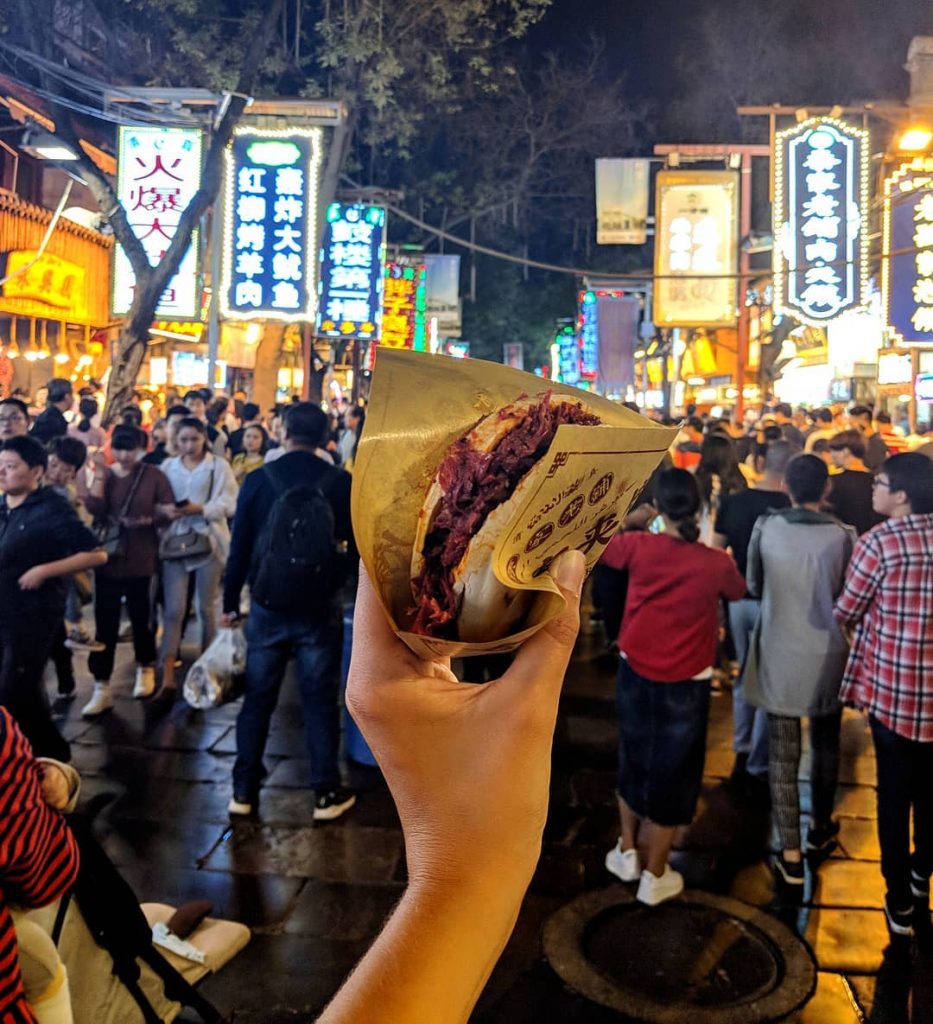 No barbecue meats are quite as interesting as the ones in Xi’an, especially when it’s well-peppered with cumin and chilli powders. The meats are best consumed with some pickled vegetables to wash down the flavour. 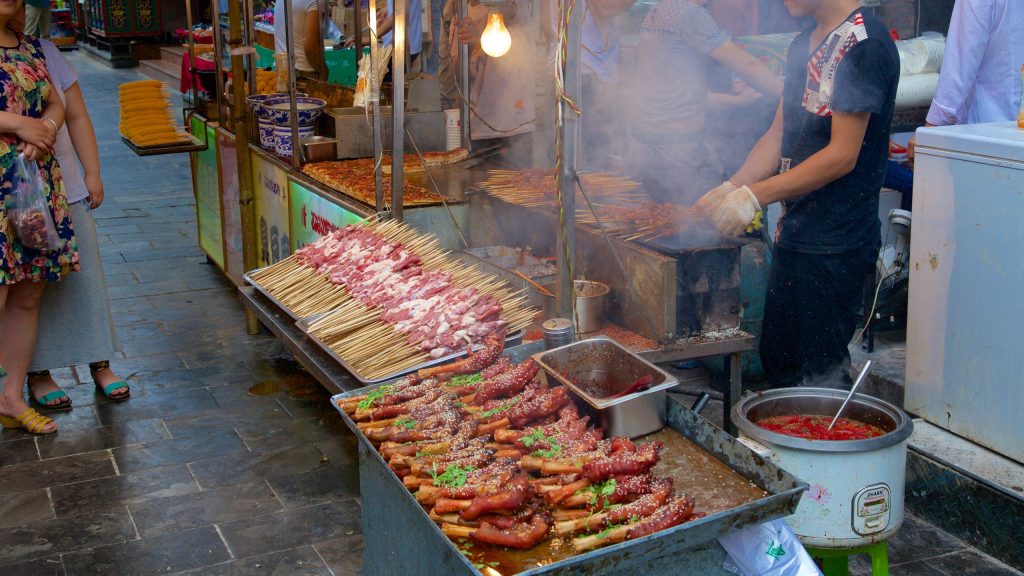 The weather in Xi’an is generally pleasant all year round, but the best time to visit Xi’an is probably during the Spring and Autumn (March-May). It is breezy, with the sun shining on most days. Avoid the rainy season that usually hits during the July-September period.

The distance from the airport to downtown Xi’an takes around an hour. Travellers can reach the city by Airport shuttle bus at 1F of T2; General Transportation Center on 1F of T3. Alternatively, a taxi to town costs around CNY120-CNY130. Always choose the green taxi as it uses the metre. If a taxi refuses to use a meter, bargain for a reasonable price.