Home » Backpacking Europe: 5 Cities in Western Europe on a Budget

Backpacking Europe: 5 Cities in Western Europe on a Budget

Europe has been the top holiday destination for a holiday, especially for backpackers. Given how big the continent is, we want to help a little, by shortlisting the top 5 cities in Western Europe to plan your adventures. Let’s go!

Cycle around the scenic canal city

Amsterdam is definitely one of the world’s most unique and interesting cities. The museums, canals and laid-back atmosphere make this capital city a must-go destination when backpacking in Europe.

The iconic Iamsterdam in front of Rijksmuseum

Amsterdam is rather compact, and cycling has been the number one mode of transportation for the local population. For tourists, cycling is indeed the best way to explore every corner of a city.

Although Amsterdam is very famous for its coffee shops and red light districts, Rijksmuseum and Anne Frank House are definitely worth your time, especially if you are interested in European history. If you are planning to do museum-hopping in Amsterdam, get the I amsterdam Card that allows you to visit 30 museums for 48 hours at 48 Euros. 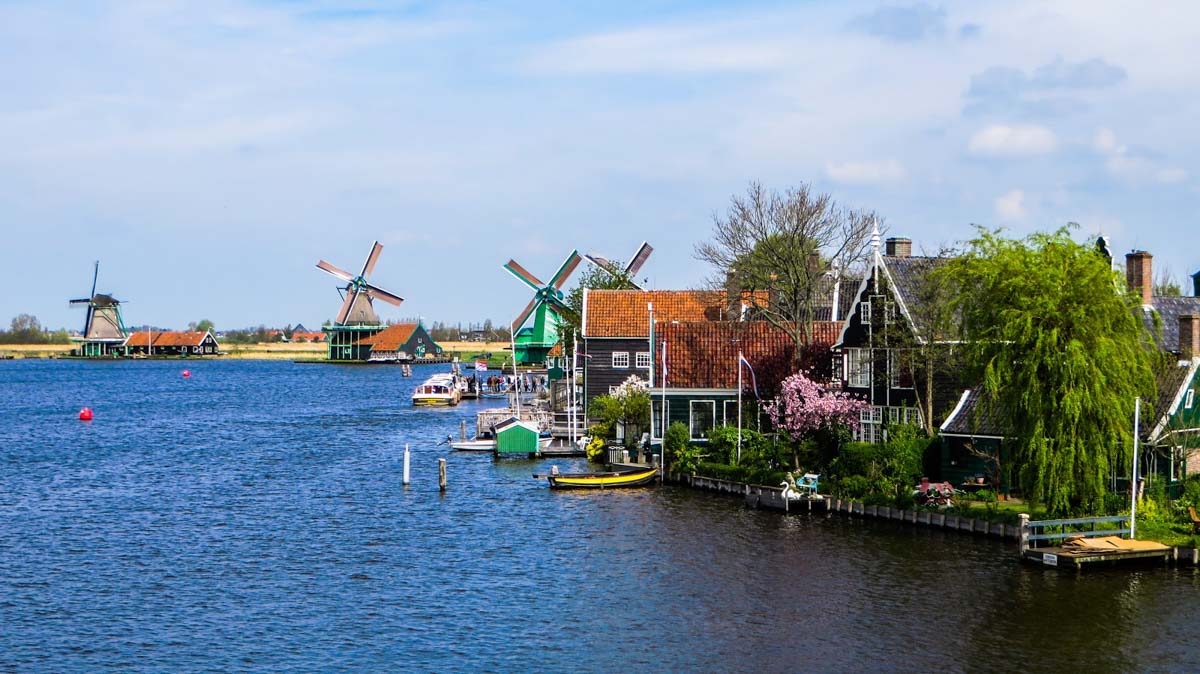 And you can never say you’ve been to The Netherlands if you have not seen its world-famous windmills! Head on a day-trip to Zaanse Schans, where you can stroll and visit the 18th-century wooden houses, mills, and workshops.

Being sunny and close to the ocean has its own advantage. Barcelona promises a laid-back atmosphere on its beautiful beaches, while still offering visitors with grand architectural and cultural experience. Relaxing at Barceloneta beach with a glass of sangria would be a perfect thing to do in the second largest city of Spain. 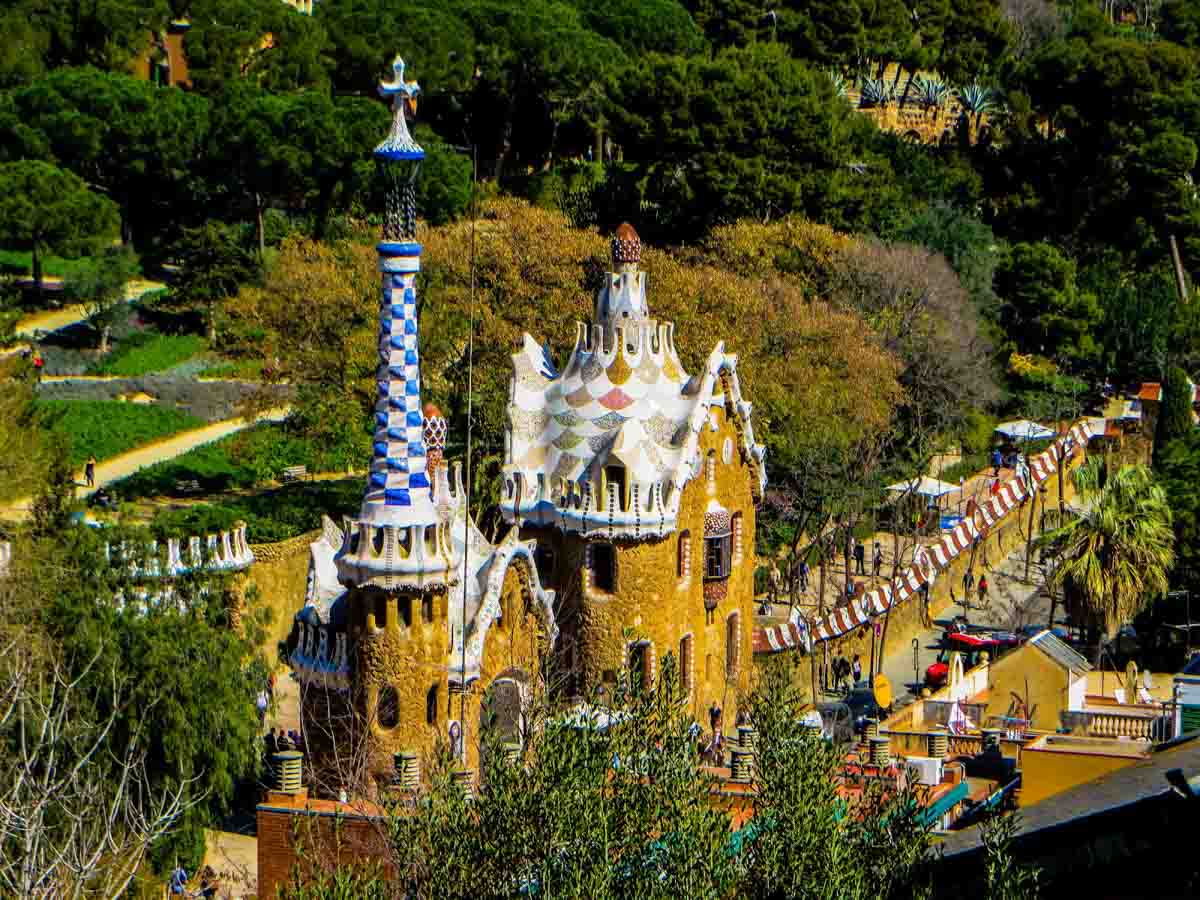 Antoni Gaudi is the one man who influenced and shaped the face of Barcelona more than others. This celebrated architect took many references from nature and religion, which are clearly visible from the design of Sagrada Familia, Parc Güell and Casa Batlló among other buildings. These peculiar buildings, which lack straight lines, then become the main tourist attractions in Barcelona.

When you are in need of a day trip out of the city, head to Montserrat (literally serrated mountains) which houses a Benedictine Abbey from the 10th century. Hiking is popular although cable car is also available. 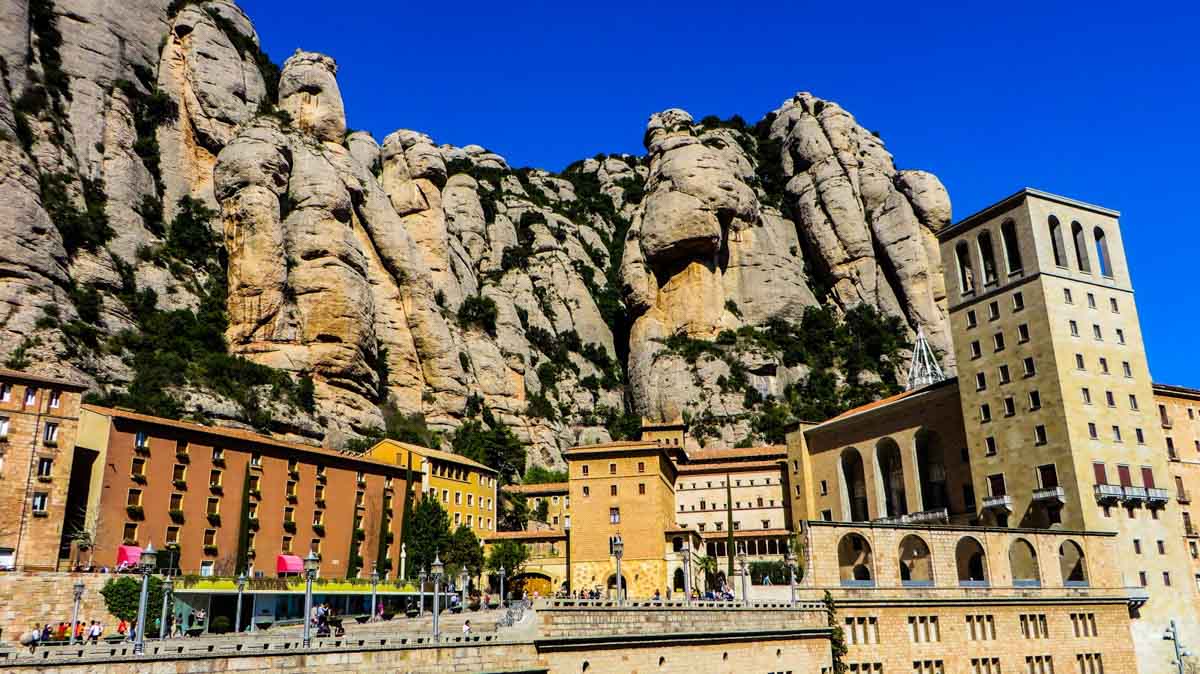 To stretch your Euros in Barcelona while enjoying the local Spanish dishes, get the menu of the day or ‘menu del dia’ during lunch. The three-course meals usually cost less than 12 Euros, and they will keep you full until night. Some restaurants double the food prices at night, so avoid eating too much at night!

The most underrated capital city in Western Europe

In my opinion, Portugal is the hidden jewel of Western Europe. Boasting a robust Catholic culture, Moorish architecture, beautiful blue tiles of Azulejo, and various landmarks commemorating the country’s famous explorers, Lisbon is definitely the dream city for your backpacking trip. 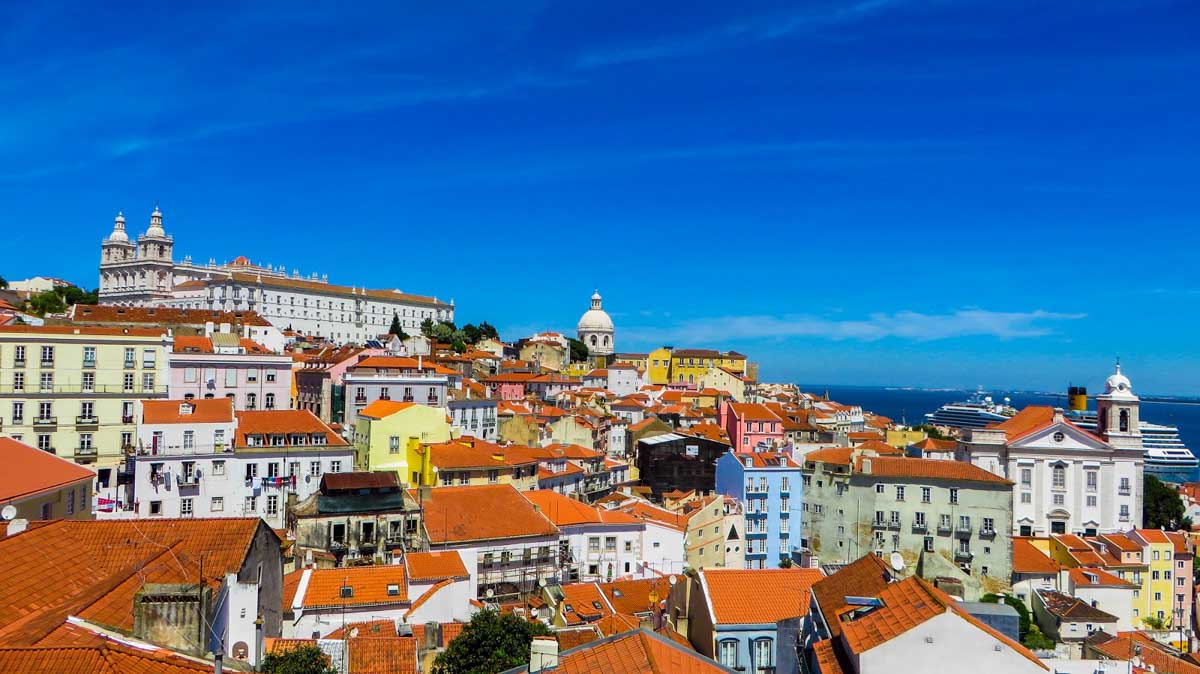 This city, which built upon seven hills, has a pleasant weather all year round due to the proximity to the Atlantic Ocean. It has a relaxed atmosphere with a uniquely Portuguese vibe in Baxia and Belém district. Baxia is the heart of the city, famous for its Elevador Santa Justa and the gorgeous view of the local houses. Belém, on the other side of the city, is always associated with early Portuguese explorers and their glory. Don’t forget to get an authentic Portuguese egg tart from while you are in Belém! 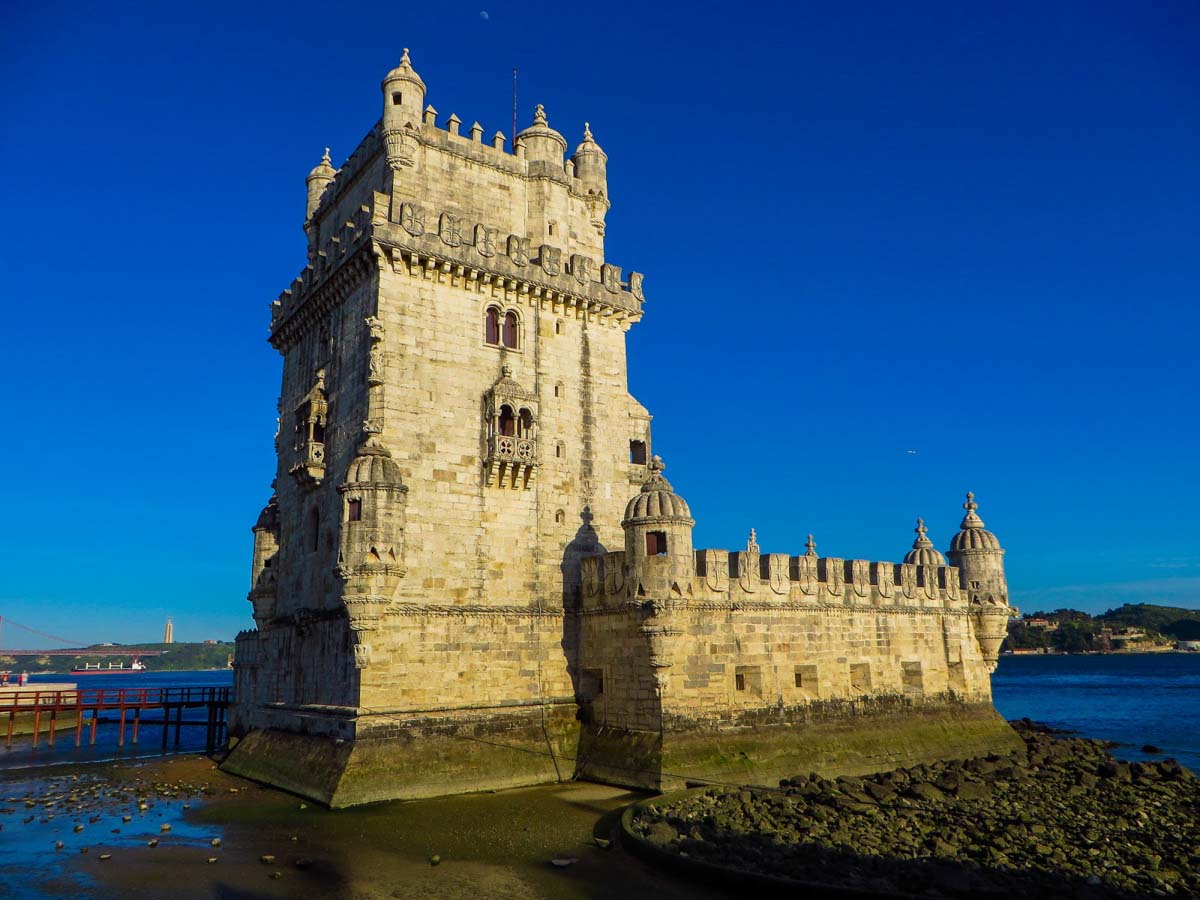 Cabo da Roca is the westernmost point of continental Europe and was once believed to be the edge of the world. Located just a few hours from Lisbon, this place is a great destination for a day trip out of the capital city. When you reach Cabo da Roca, marvel at the sight of an endless ocean in front of you, the same one that was seen by famous seafarers centuries before. 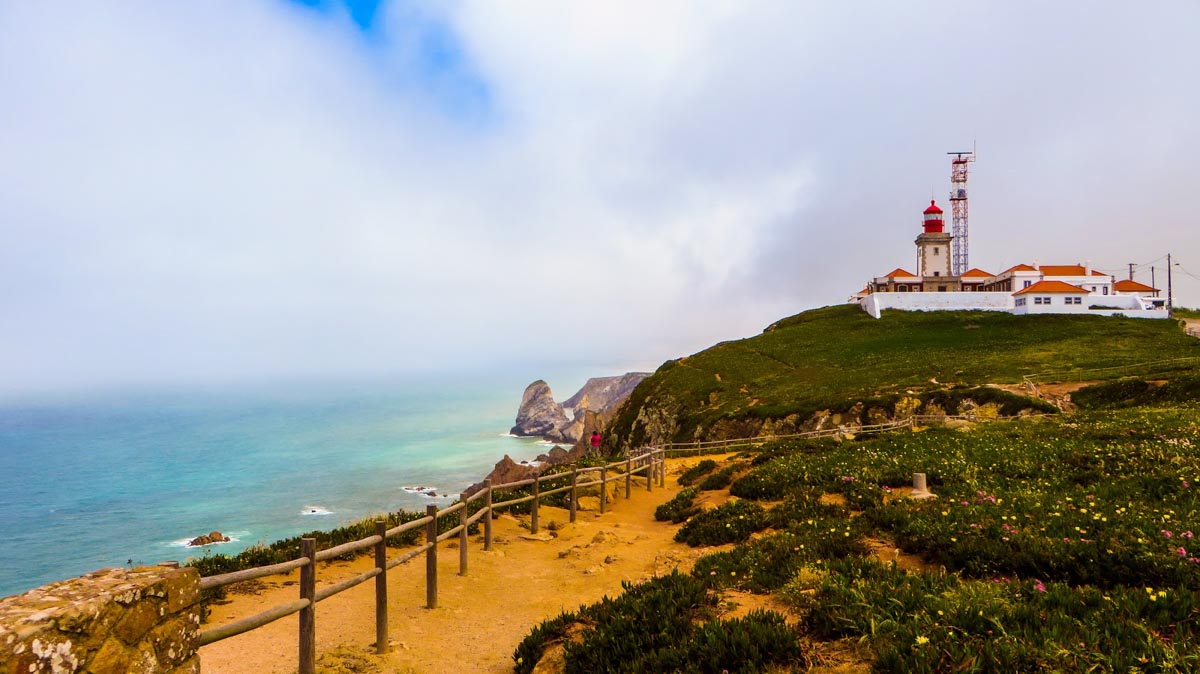 It is easy to go on a budget in Lisbon because most of their famous monuments and tourist spots are free to visit. You can explore some of the city districts on foot, saving you some bucks from renting a motorcycle. If you are not a fussy eater, head for their food courts to get cheaper options for your meals.

Fall in love with the City of Lights

Paris will amaze travellers with its romantic vibe that blends the old and the new together. Palaces and monuments from hundreds of years ago stand side by side with modern architectures such as the Eiffel Tower. 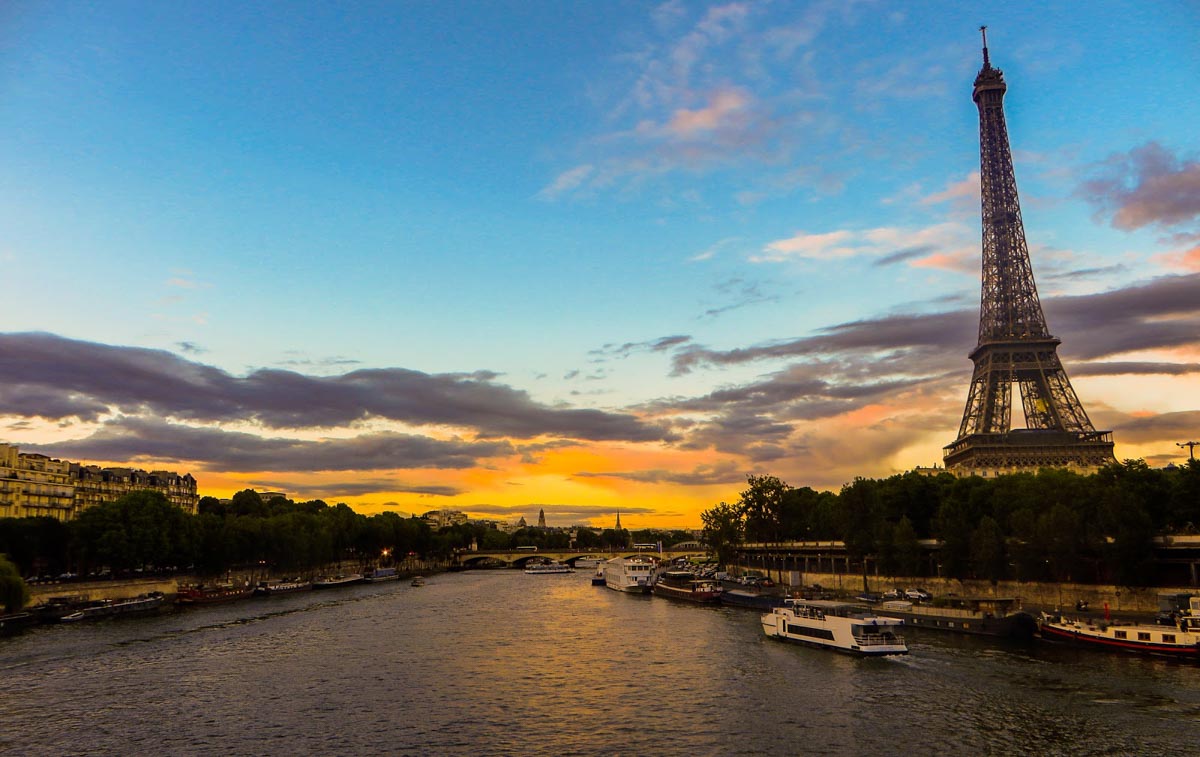 There would be museums everywhere in Paris, which would suit everyone from art-lovers to history-buffs. The grandest of them all is The Louvre that houses the iconic Mona Lisa painting. You can visit the Louvre (and some other major museums) for free every first Sunday of October to March, so plan your itinerary well! 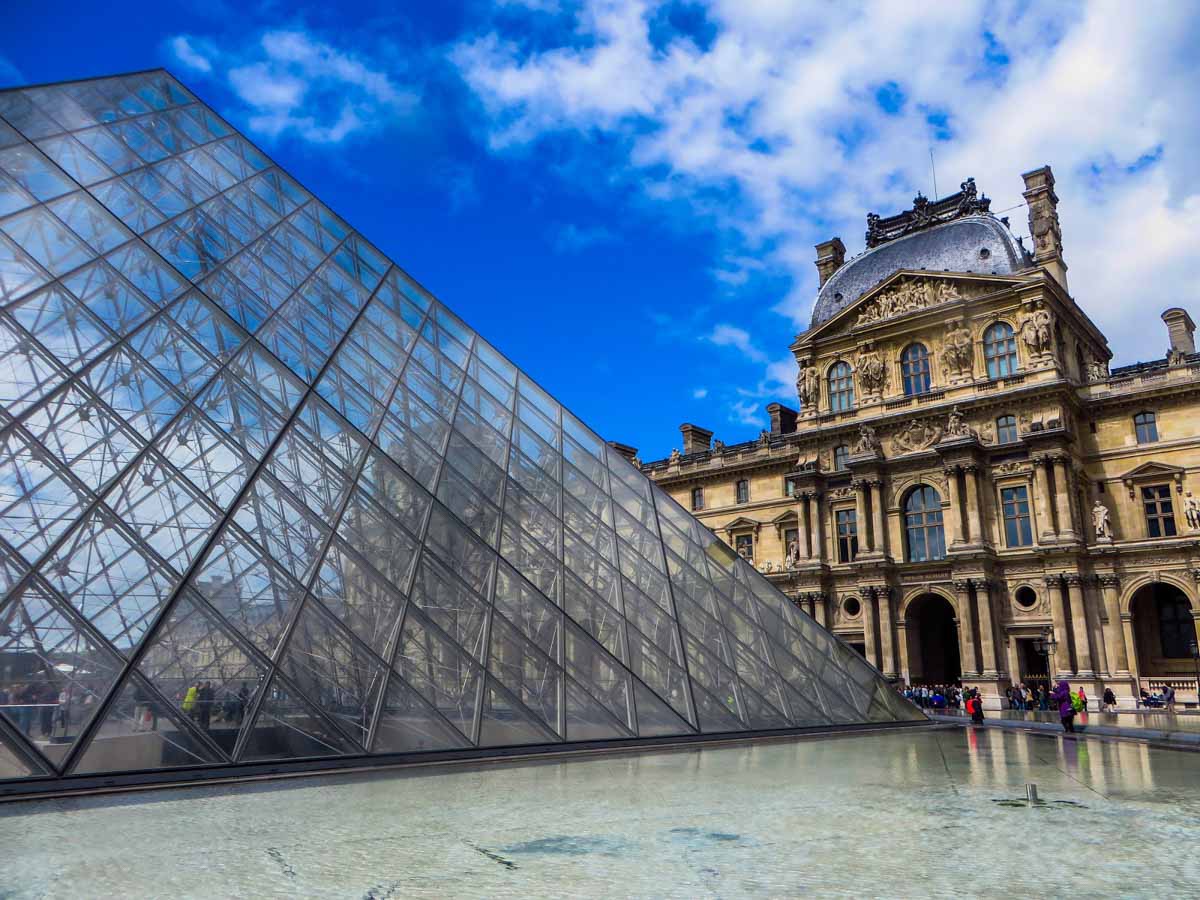 If museums are not your cup of tea, there are tons of other free attractions in Paris such as Maison de Balzac and Jardin de Luxembourg. Of course you can’t miss the icon of Paris — Eiffel Tower. The view of Eiffel Tower, especially during sunset and at night will definitely melt your heart (and your loved one’s too).

Various European architectures such as Romanesque, Gothic, Baroque, Neo-Classical and Neo-Byzantine also continue to live in Parisian buildings, especially its churches. The Notre Dame, located at the heart of the city is probably the world’s most famous Gothic church. 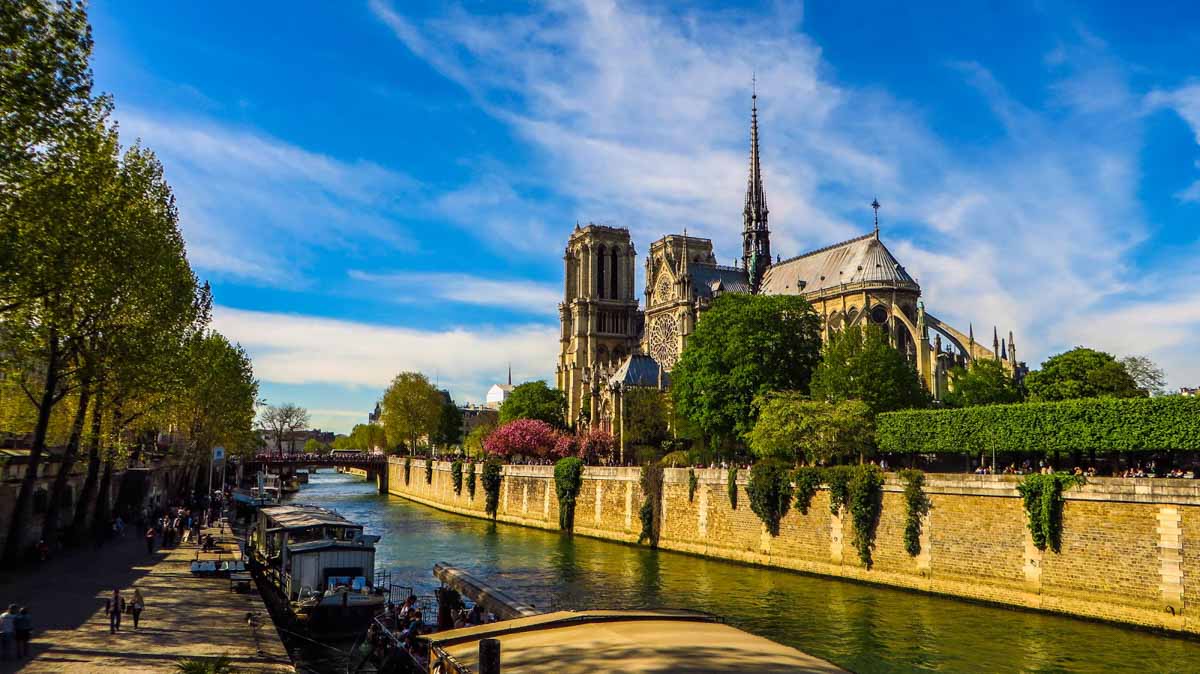 Paris is much bigger as compared to other European capitals, as such it can be a bit overwhelming for first-time travellers who want to squeeze all sights into a few days itinerary. My suggestion is to take it easy and spend more time on the few places that really attract you. And while you’re here, try to enjoy the Parisian way of life – coffee, picnic and 2-hour long lunches!

Travel back in time to the Eternal City

Only by physically being in Rome that one can realise the scale and the grandeur of the ancient Roman Empire. Top of the to-do list would be the Colosseum, the largest amphitheatre ever built which is famous for its gladiatorial show, and Pantheon — the ancient Roman temple. That aside, walking around Rome is a delight as there would be incredible monuments or buildings just around every corner. 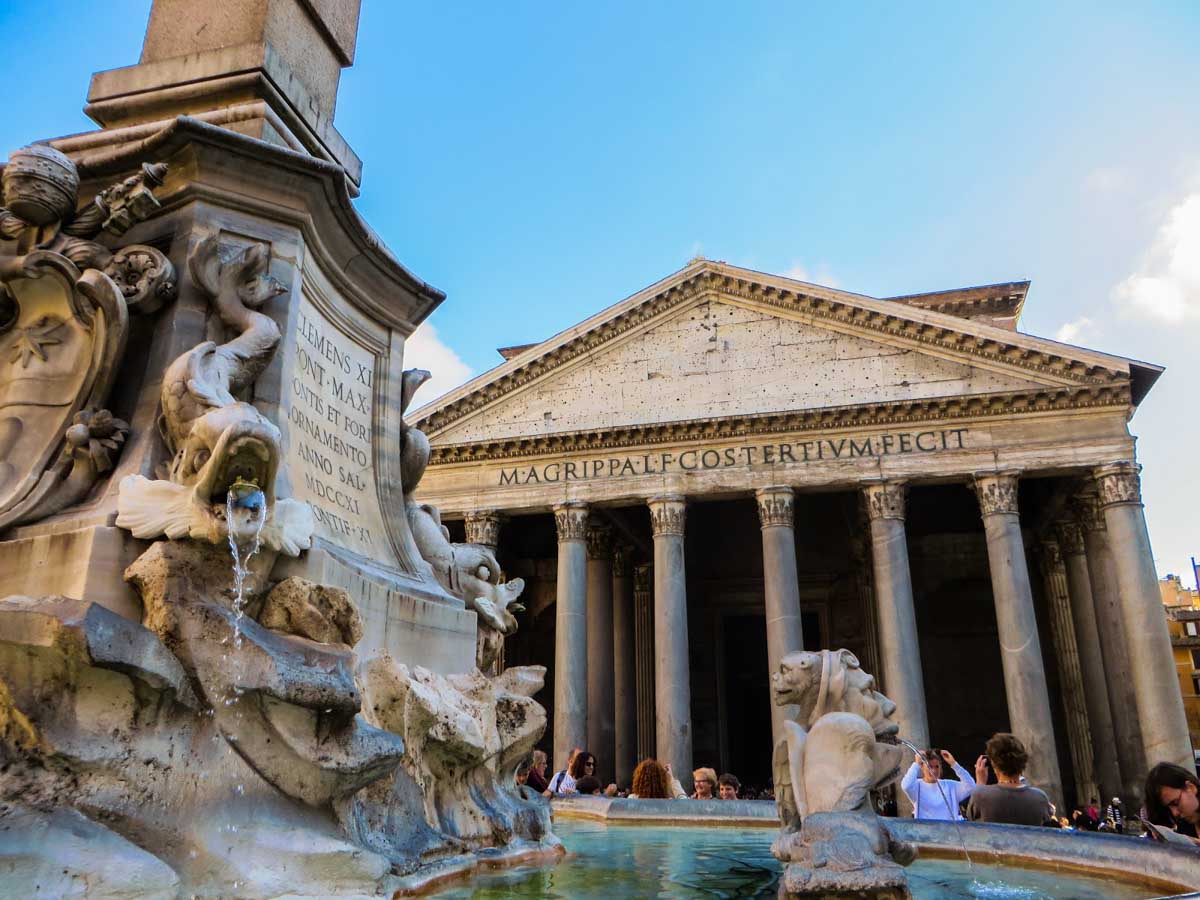 Visiting Rome is never complete without taking a peek into the heart of the Catholic Church: Vatican. Feast your eyes and immerse yourself in the numerous masterpieces by world’s most talented artists: Da Vinci, Michelangelo, Raphael, and Bernini among many other. Saint Peter’s Basilica itself will overwhelm you with its sheer size and intricate carvings (just like other many buildings in Rome). If you want to avoid the mainstream attractions, visit Case Romane del Celio or Vicus Caprarius — a medieval compound from the first century. 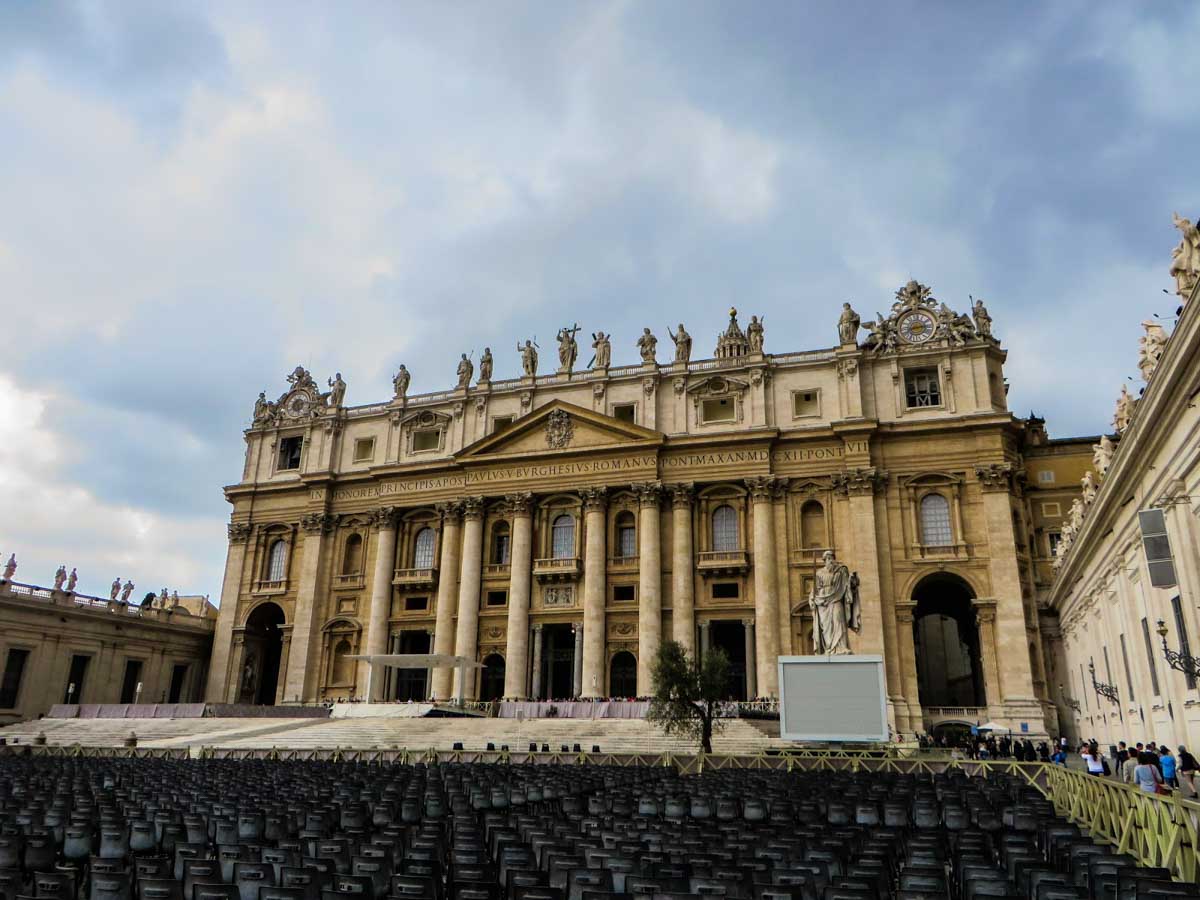 Food is never a problem in Rome! You will find more than 100 food markets across the city that sell fresh local produce. Some of them sell cooked food to dine in or take away, such as the one at Testaccio, at a much lower price as compared to restaurants. The food portion in Rome is generally bigger than usual, so share it with your buddies!

Europe is a great destination for backpackers, especially first-timers, due to the convenience of transportation and accommodation. Backpacker hostel with shared dormitories are widely available throughout major cities in Europe, including those five cities listed above! 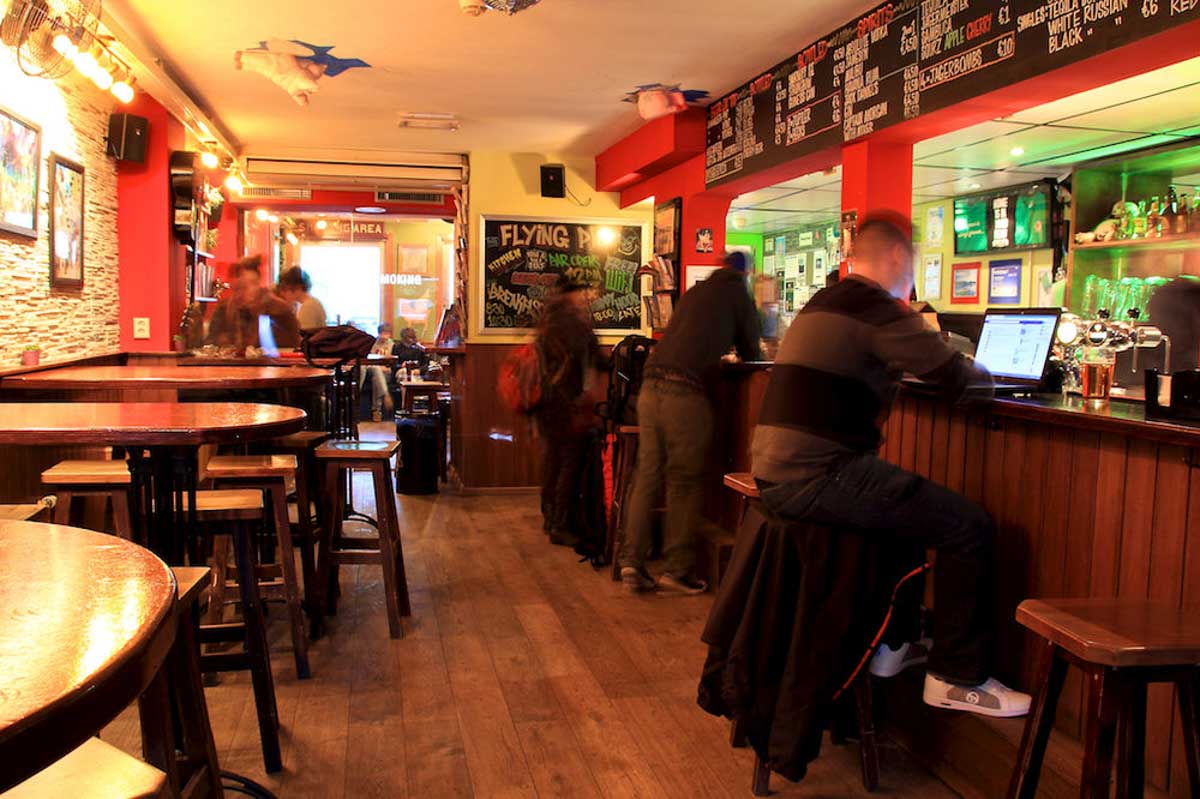 One example would be The Flying Pig Uptown Hostel in Amsterdam, which provides a relatively affordable and safe place to sleep close to the city centre. What’s more, in a hostel like this, you can meet like-minded travellers and explore the city together with new friends!