The forefathers of many Teochew Chinese in Singapore settled down here as plantation owners. They came to Singapore looking for business opportunities to start gambier or pepper plantations. Their traditions and language are still a part of the larger Singaporean society. The north-west region of Singapore, where the plantations used to be, still bears the names of Teochew clan heads like Choa Chu Kang, Lim Chu Kang and Yio Chu Kang.

These Teochew Chinese came from the Chaoshan region in eastern Guangdong. Their culture and traditions have been passed down through generations. Plan a trip to cities like Chaozhou, Jieyang and Shantou where it is said that the Singaporean Teochews originated, to understand more about where the traditions came from.

The best time to visit Guangdong would be in the Autumn season, which is from late October to mid-December. The dry and cool weather is great for travel. Avoid China’s National Day (October 1 to 7) as it can get highly congested.

Situated within a historic district and walking distance to Guangji Bridge, Sunshine Hotel is a modern and minimalist hotel. Its strategic location serves as an excellent base for you to travel outwards to nearby towns and cities.

Also known as Chaozhou xianshi in mandarin, the Teochew’s unique brand of string music emerged from the cultural sphere of Eastern Guangdong. Visit a teahouse during your trip to enjoy a relaxing afternoon of Chaozhou music while sipping on traditional Chinese tea. 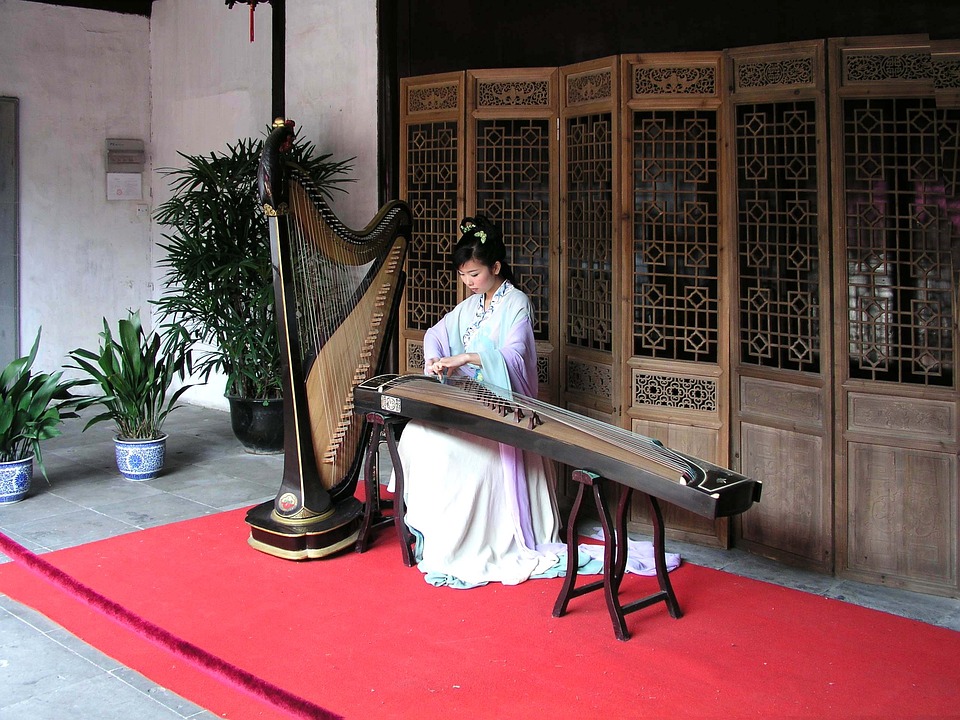 Amongst the architectural features unique to the Teochews, woodcarving remains their most iconic. Originating from the Tang Dynasty, the Teochews use a great deal of woodcarving to adorn their buildings throughout the region.

Places to Visit in Eastern Guangdong 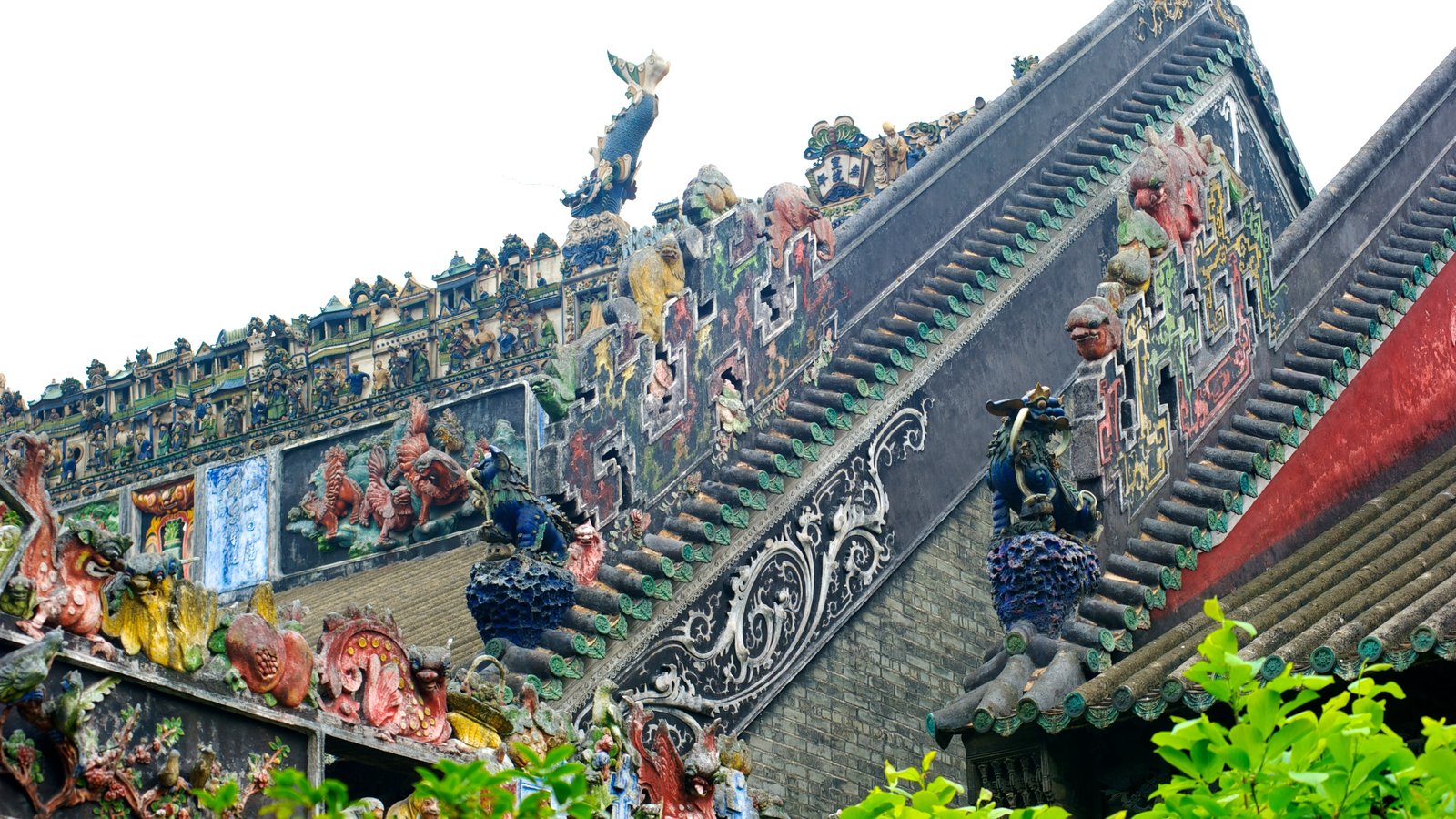 Chaozhou city is the homeland of almost 10 million of the Chinese diaspora, not just in Singapore but throughout the world. Much of the ancient traditions and culture have been kept alive in Chaozhou, partly because they were geographically isolated. Enjoy a rickshaw tour inside of the Jiadi Lane where you’ll be able to see structures and residences that date back to the Ming and Qing dynasties.

Getting around: The main attractions in Chaozhou city are within walking distance of one another. You can visit the Guangji Bridge, Paifang Street and Ancient City Wall all within a day. 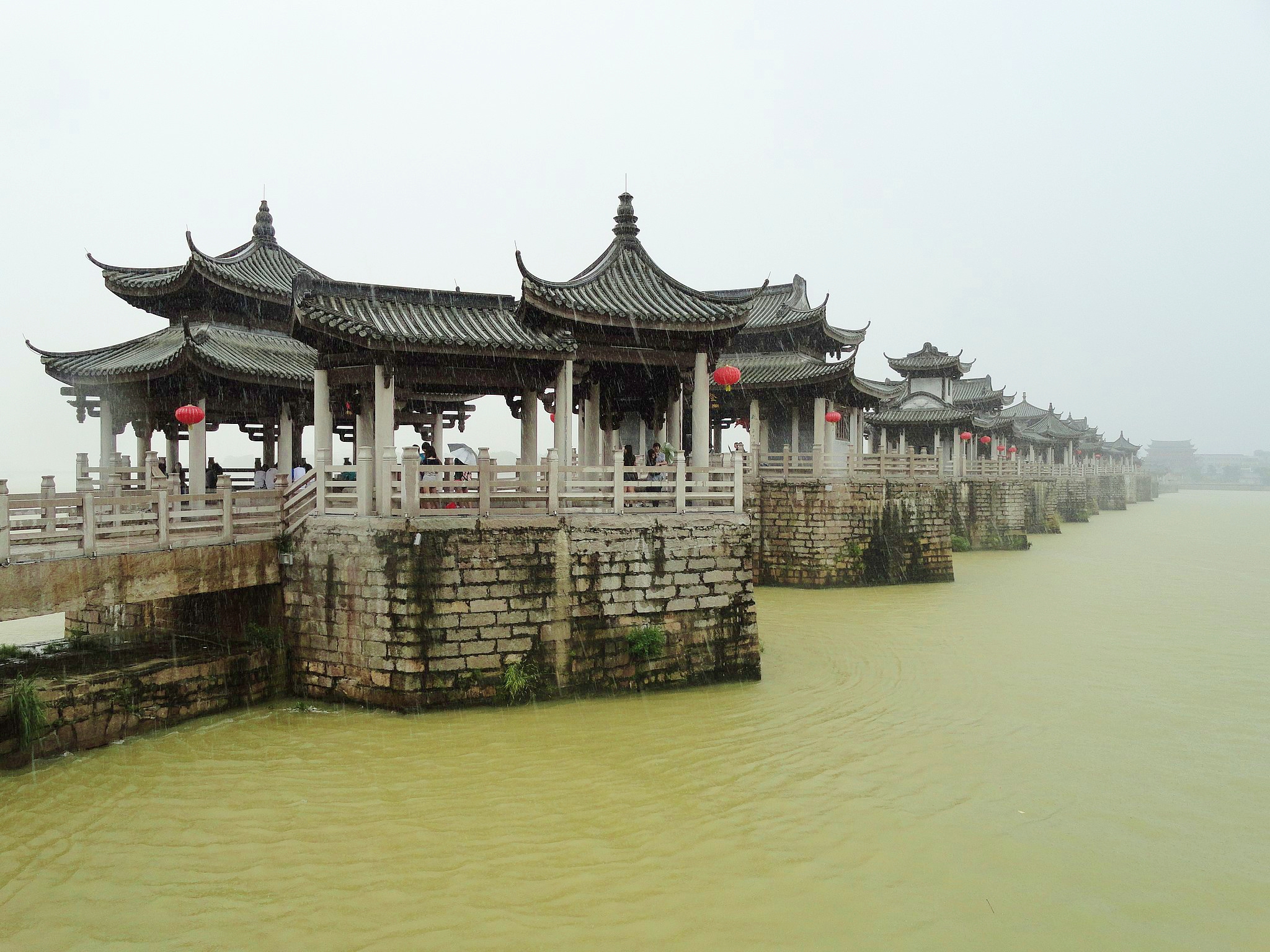 The Guangji Bridge was built along the Han River which was of great importance to the economy in Chaozhou. It is also known as the “The Floating Bridge” because the entire structure was supported by eighty-six boats. Over the years, several magistrates have repaired and added to the bridge, and it is a crucial relic under national protection today.

Entrance Fee: RMB 50 to walk across the bridge

How to get there: The bridge is walking distance from the city centre. If you’re coming from elsewhere in Chaozhou, there are public buses that will take you directly to the entrance of the bridge.

The ancient city wall is one of the most iconic structures in Chaozhou and the locals’ greatest pride. The formidable fence protected the ancient city from massive flood damage from the Hanjiang River. Enjoy a traditional Teochew lunch in the old town of Chaozhou, just behind the wall.

How to get there: The wall is next to the Guangji Bridge.

Known as the Taiping Road (or Paifang Street) in Mandarin, the street is lined with 20 historic memorial arches. The arches commemorate top scholars and high-ranking officials during the Ming Dynasty. While you’re there, experience all that Chaozhou has to offer by trying out the snacks by roadside stalls and spending a night watching Chaozhou opera.

How to get there: Taiping Road is a 15-minute walk from the Guangji bridge.

Old Town: The strong industrial vibe is evident on the road and buildings. However, you can still explore the historic buildings in its outskirt. You will get to mingle with the locals along the street at night. 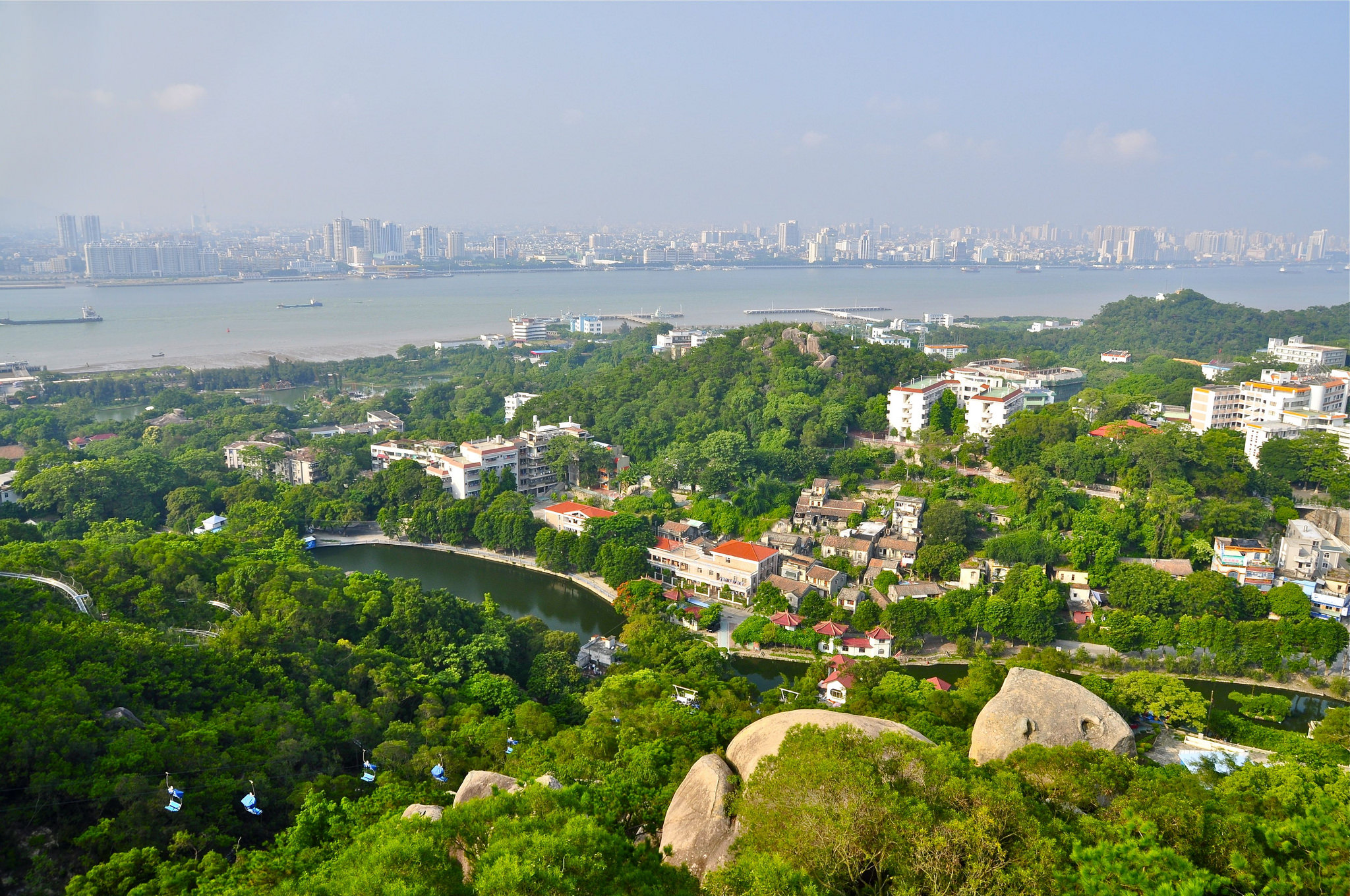 From downtown Shantou, take a 15-minute ferry ride to the Queshi Scenic Area which is almost like an island on its own. Treat yourself to the sights of evergreen hilltops and beautiful flora and fauna. Besides the exploring the caves, you can also ascend to one of the scenic spots to get a bird’s-eye view of the surrounding gulf.

How to get there: From Shantou, either take the ferry ride or the bus into Queshi Scenic Area. 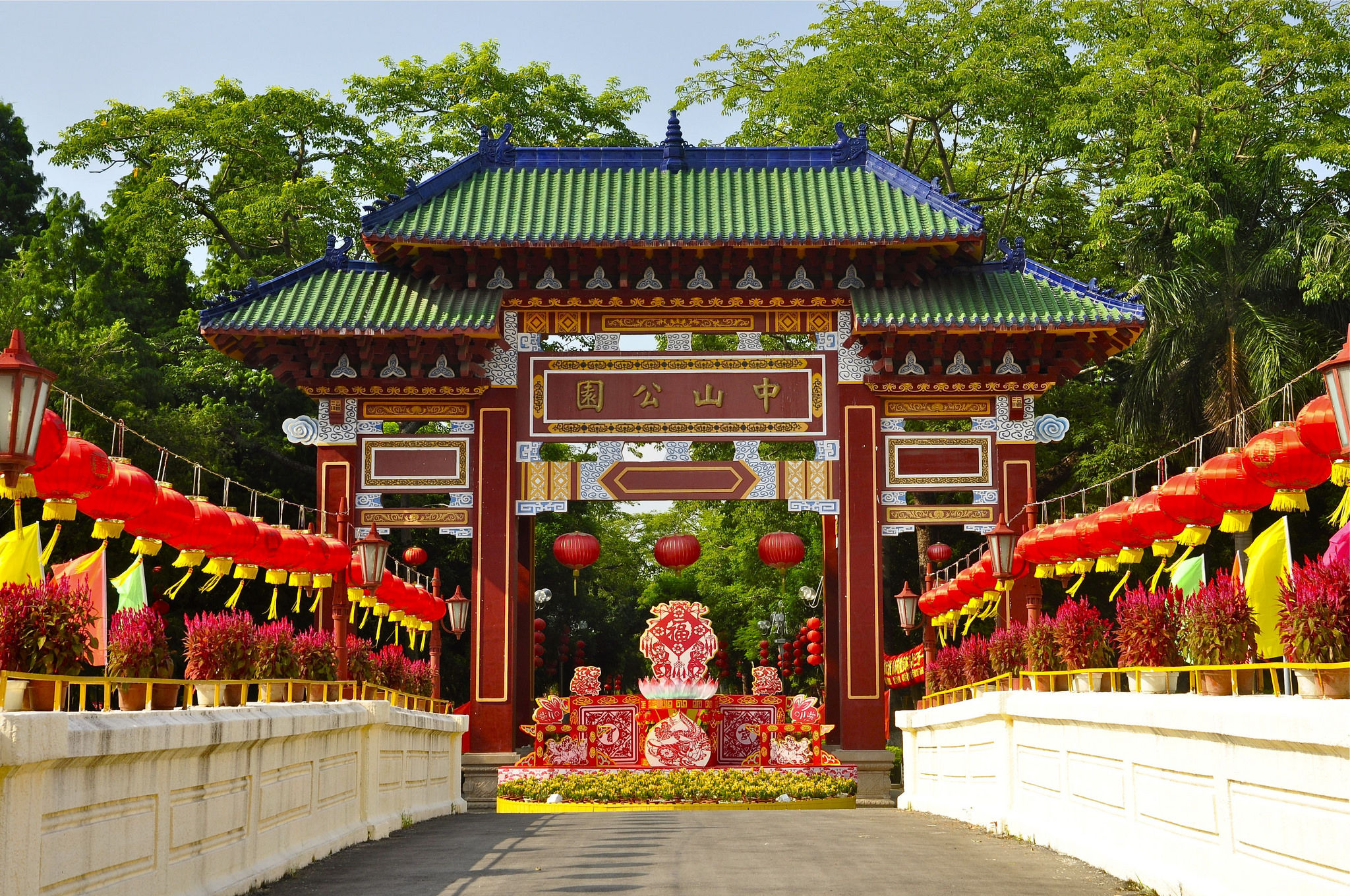 The Zhongshan Park pays homage to Sun Zhongshan (or Dr Sun Yat-sen). The sprawling park offers visitors plenty of activities to fill an entire day. Explore one of the caves or hike up a hill. When you need a break, head to the Shantou Museum or enjoy a boat ride along the water brook. Admission to the park is free.

How to get there: There are plenty of public buses that will bring you to Zhongshan Park. Alight at Zhongshan Park bus stop (中山公园前).

How to get there:  Take Bus 17 from the city centre of Shantou towards Jieyang city and alight near the toll gate. From there, you’ll be able to hike up to the monument at the top of a hill.

A must-see for many visitors to the Guangdong region, the bay is home to a long stretch of soft-sand beach. Steal away from the city and enjoy some water sports and leisurely activities here.

How to get there: Visitors can get to the island by ferry or bus. The bus runs three times a day from Shantou General Coach Station. 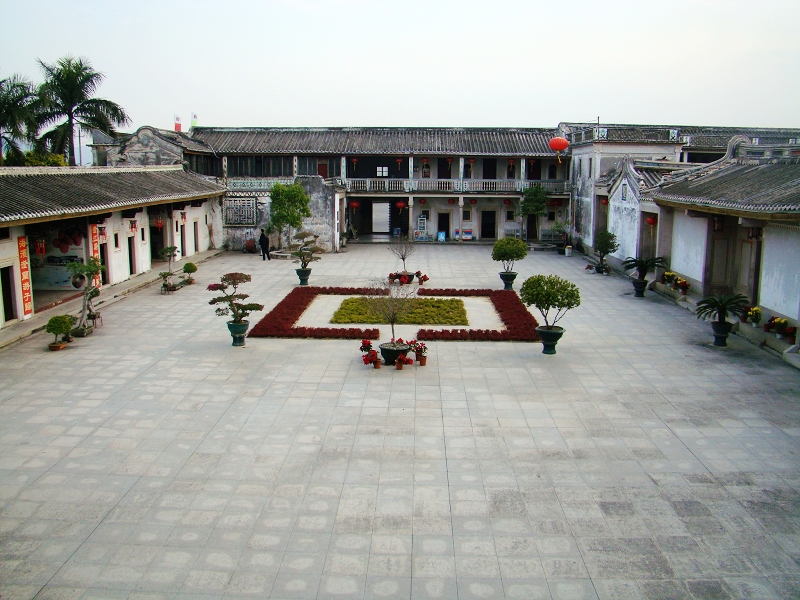 Just a stone’s throw away from the city centre, you’ll be able to find a vast mansion built by a wealthy Teochew family. The complex is so large that locals call it the ‘little imperial palace’. Chen made his fortune in Thailand first as a trader, and later expanded into rice milling, finance and other sectors. He had built the mansion back in Guangdong for his sons, but it was never lived in. Today it has been converted into a museum.

Getting There: Take the No. 103 city bus at People’s Square (Renmin Guangchang) in Shantou or Chenghai Bus Station to Chen Cihong’s Former Residence.

Stuck in Between: Jieyang is in the transition towards modernity, but still has the charms of Chinese stone bridge and traditional houses all around the township. 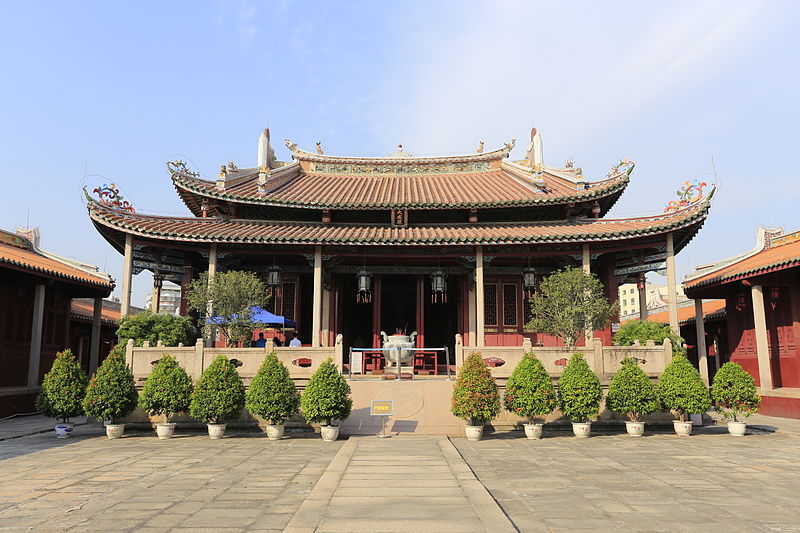 Jieyang is home to the renowned Confucius Temple. It once served as a school for Confucian thought and philosophy. The halls of the temple now house the statues and idols of the sages and philosophers. It is the most well-preserved temples in Southern China. Explore the palatial compound and appreciate the roots of many of the Chinese teachings and traditions.

Getting There: Take Jieyang’s highspeed rail to Jingxianmen station – it’s an 8-minute walk to the palace. 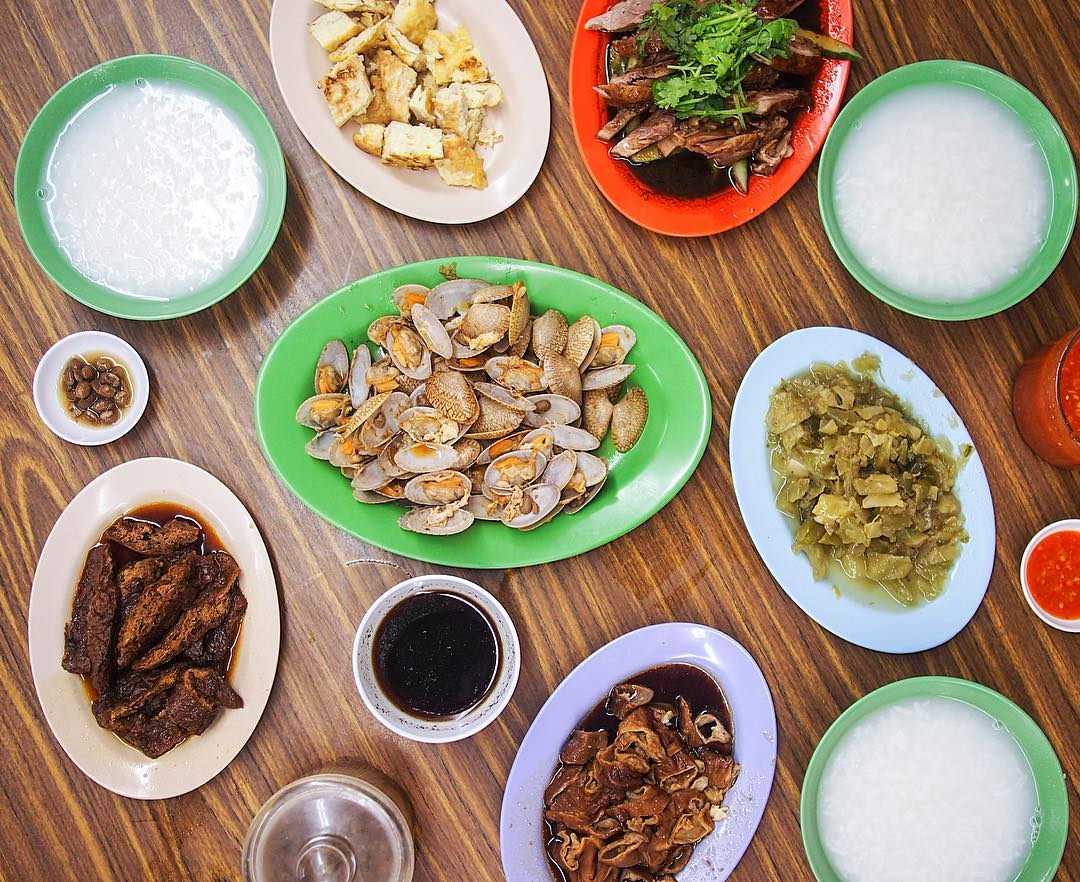 While in Singapore you only get to pick from the array of cooked food, in Shantou, you can choose the raw ingredients and the cooking style.

Goose is seriously hard to find in Singapore because of the strict regulation on the import of geese. In eastern Guangdong, however, geese are almost at every restaurant. Shantou suburb has a special breed of goose that is also one of the largest in the world. 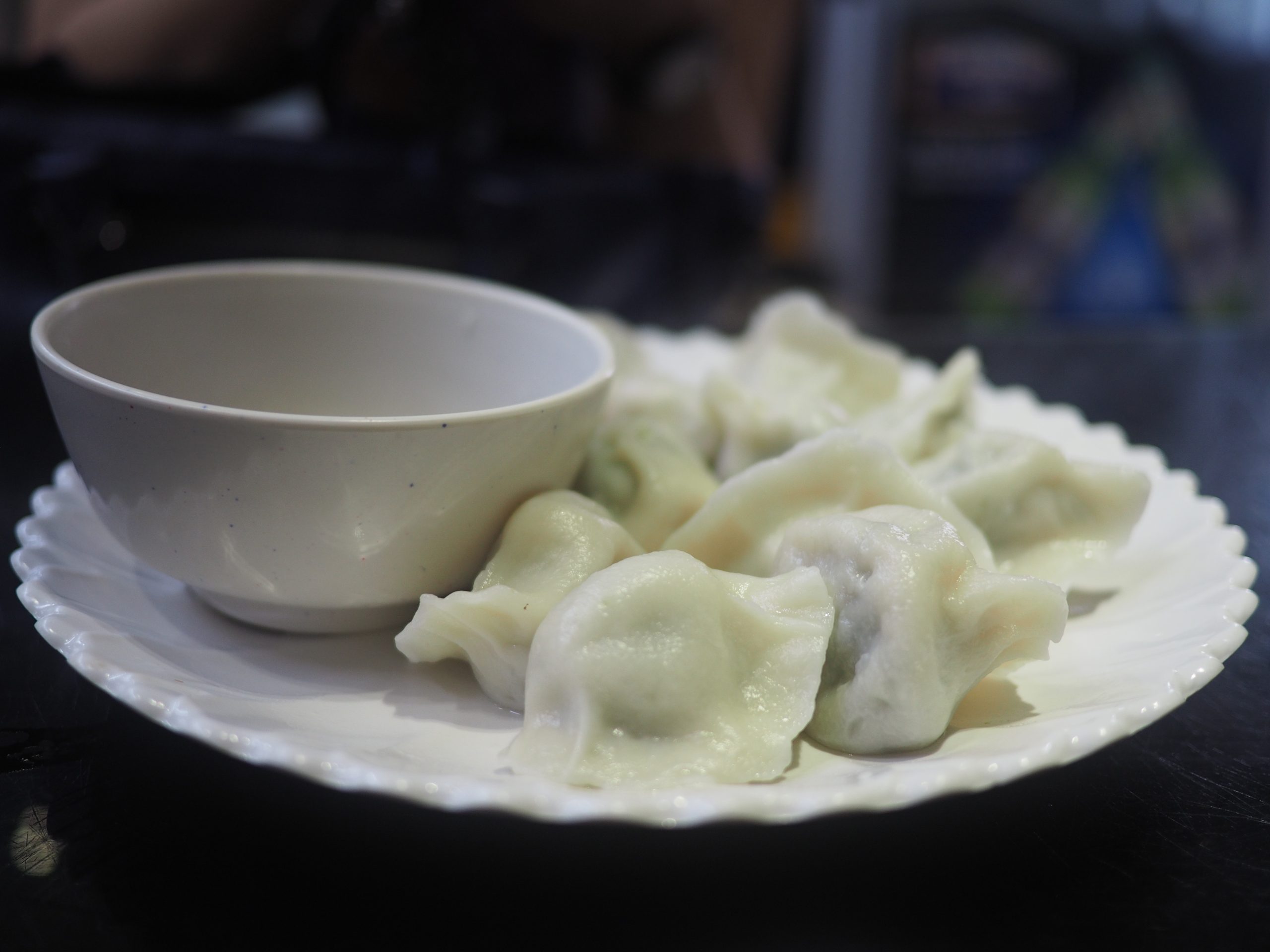 Thin skin that doesn’t break with the chock full of chives.