Japan is easily one of the top travel destinations for Singaporeans. There is an abundance of cultural sights, delicious food, greenery, and Instagrammable spots in Japan you’ll find nowhere else. Other than that, Japan’s myriad shopping options, modern amenities, and incredibly polite locals make any visit to Japan a memorable one. As much as we know how to have fun in Japan though, Singaporeans sometimes forget the other aspect of being a tourist: knowing what not to do when visiting Japan.

Even though there are many similarities between Singapore and Japan – we are both Asian cosmopolitan cities with strong economies – the fact is, we are still culturally different. As such, doing in Japan what we are used to doing in Singapore may lead to uncomfortable encounters, awkward silences, or that occasional faux pas. To help you prevent that from happening, here are some do’s and don’ts you should be aware of when you’re visiting Japan. 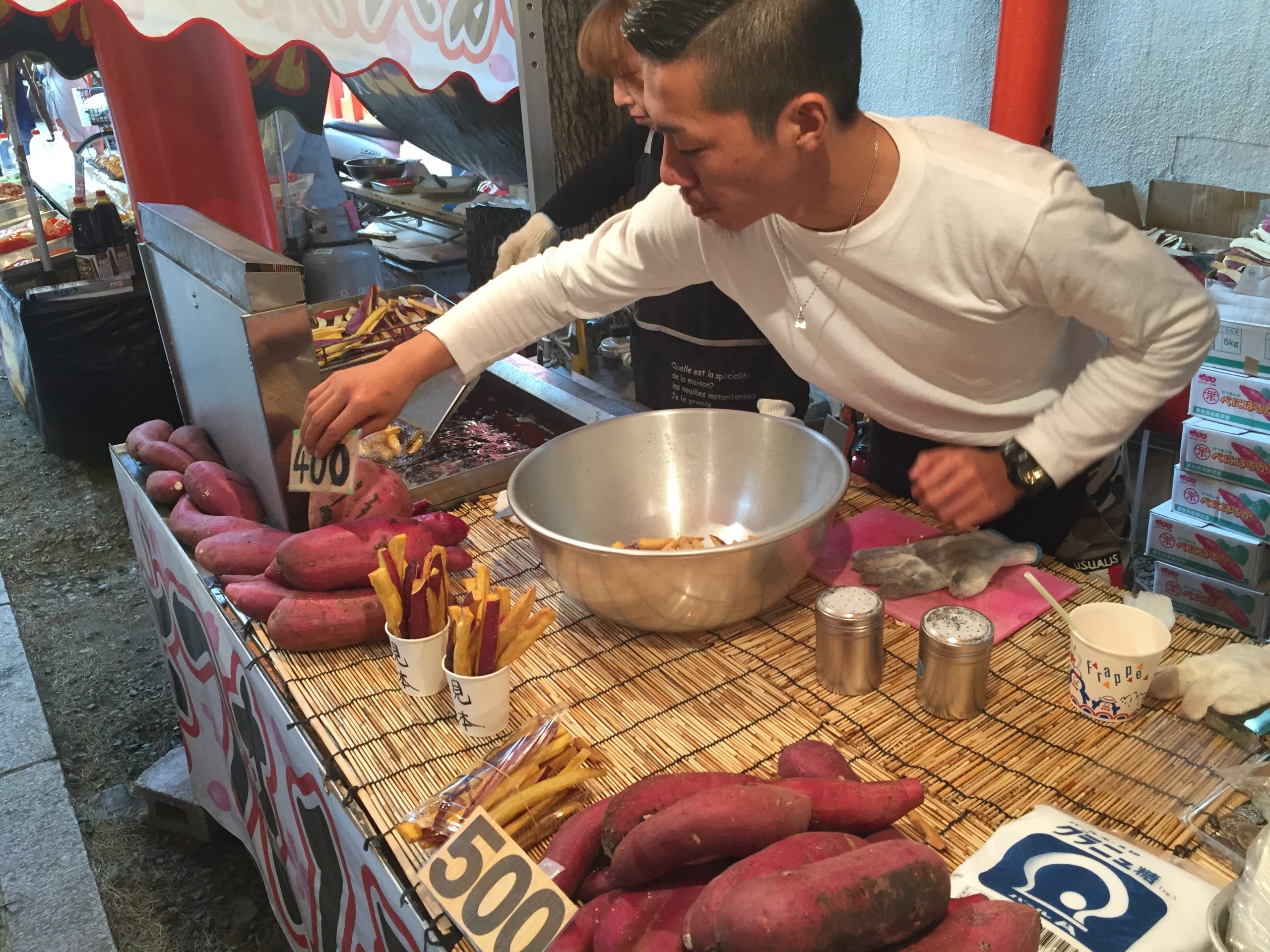 The Japanese have a saying – ikkai ichi dousa – which translates to “do one thing at a time”. While this may fly in the face of the multi-tasking Singaporean, this Japanese saying and lifestyle are rooted in the deep respect the Japanese accord to all their routines. This is why you’ll never see a Japanese walk and eat at the same time. Hence, if you are seen walking and eating, even if it’s just a snack or an ice-cream, it can be seen as disrespectful.

For the typical Singaporean, it does seem a little odd not to eat and walk, given how so many Asian countries celebrate this very behaviour with street stalls selling finger food designed for you to munch on while you walk. However, the Japanese would rather polish off their sandwich or dessert while standing outside a convenience stall than eat it while walking to their next destination.

While it isn’t a punishable offence and you won’t likely be stopped, eating while walking might leave a bad impression on locals. Most would actually think you are ill-bred. Logically thinking, seeing how accidents may also happen (you know you’ve dropped a fry or sauce before), it makes sense for the Japanese to have this habit. So, make sure to buy that snack, and finish it at the stall before you set off on your next trip!

If you are planning to take the bus, train or subway in Japan, make sure to bring along your earphones or headphones. Here’s why: once you step into public transport there, you’ll realise how incredibly quiet it is. It almost feels like you’re in a library. That is because everyone has their phone on silent and are barely talking to one another. 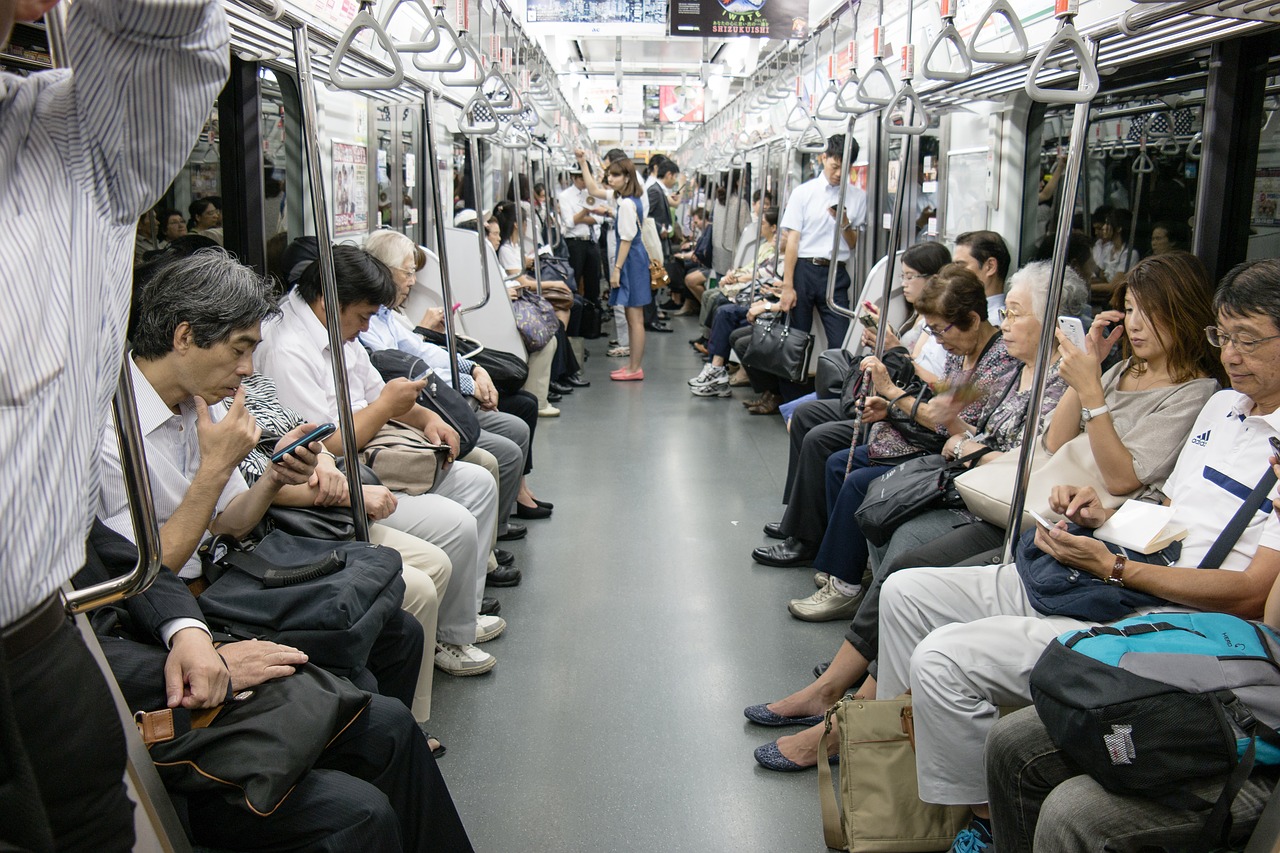 While Singaporeans may view public spaces as places for people to gather and interact, the Japanese understand that some places, like inside the public transport system, can benefit from a little calm. The rationale is simple – with everyone so tightly packed in, even a little noise can impact a lot of people. This is especially true of those who are sleepy in the mornings or tired after a long day at work. Some quiet and rest are much needed during their commute to and fro.

So, leave your phone on silent and put it away if you can. Don’t chat too much while you’re in the vehicle. If you have to, whisper. After a while, you’ll start to get used to it and may even come to appreciate the silent and calm.

The Japanese are particularly known for their down-to-the-second punctuality. This comes as no surprise – their lightning-fast processes mean any delay can lead to a chain reaction of events that can disrupt their daily lives. If you’re the sort to think 8.50am equals 9pm, then you’re in for many missed appointments. Or, at the very least, more than a few unhappy Japanese associates. In Japan, respecting one another’s time is the biggest act of courtesy. Making sure you plan your schedule to the second means everyone can do their job smoothly and stick with their schedules too.

You’ll begin to realise that by being punctual, you won’t be in for any bad surprises, and can go about your day with perfect precision. 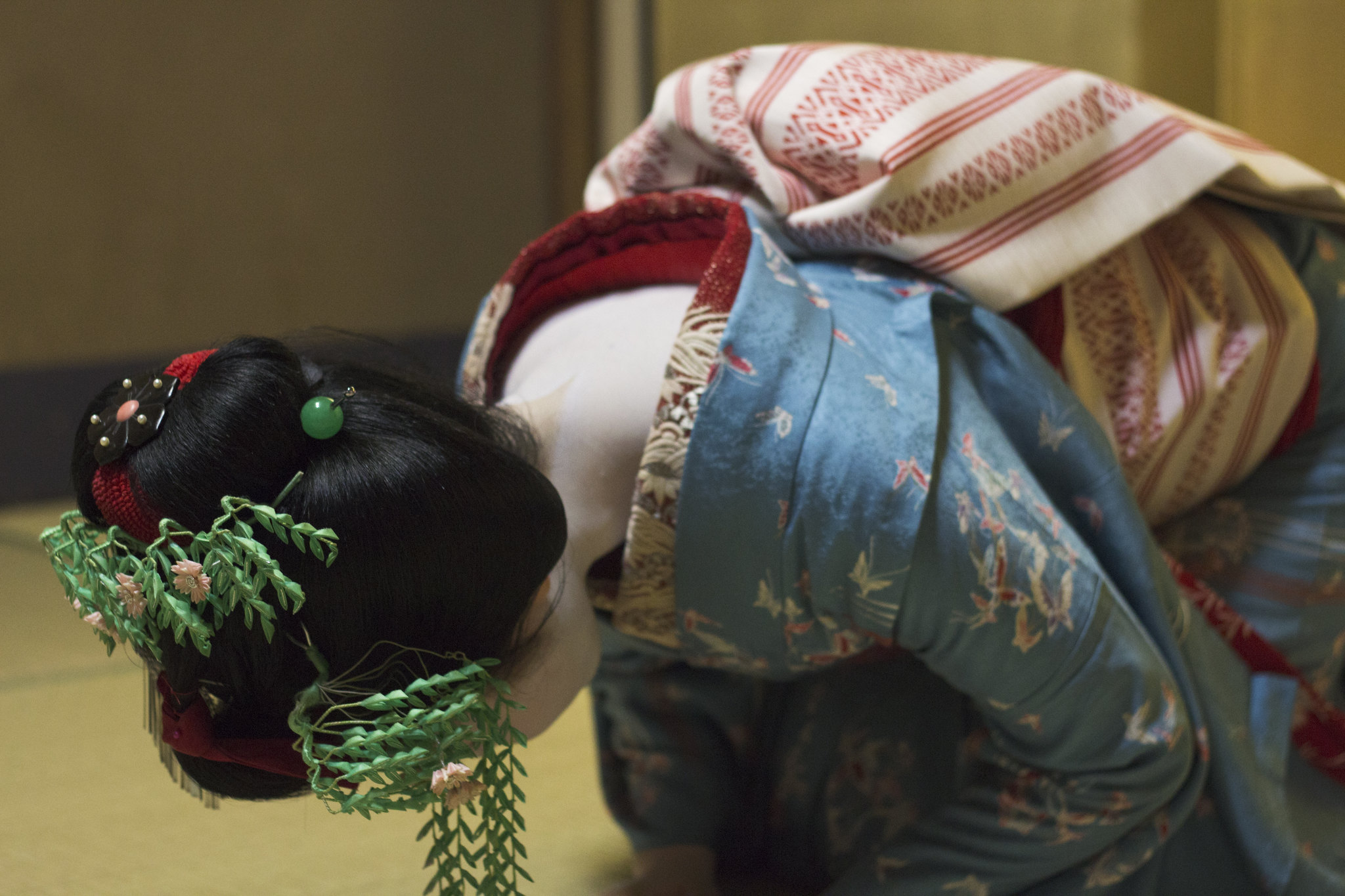 Perhaps as a side effect of our brutal efficiency, Singaporeans have been dropping the “niceties” in our daily interactions with one another. We blame it on “city behaviour” but Japan is an example of a city where common courtesy is still very much observed.

When in Japan, you’ll realise that culture is not just about heritage buildings and kimonos, it’s their way of life. Being polite and making someone feel welcome and appreciated is still deeply rooted in Japanese culture. As guests, we should return this in equal measure.

Remember how you felt when you saw the video of how the Japanese treated the suitcases that came out of the plane? This isn’t anything special, but just courtesy the Japanese extend to everything they encounter. The least we can do is to add in the “may I” and “please” and sprinkle “thank you” with every gesture. While it may feel clunky and less efficient at first, you’ll notice that it will make everyone feel so much happier.

Do: Shower before using any public shower onsens

Onsens are as iconic as sushi and sakuras in Japan. This Japanese tradition, however, has within itself a certain ritual that may not be immediately obvious to first-time visitors. Hence, if you have onsens are on your to-do list, it’s worth learning some basic bathhouse etiquette before you enter one. 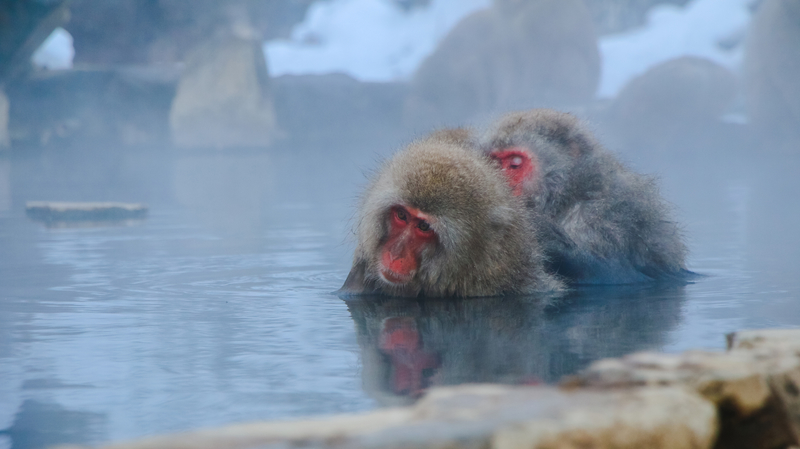 Onsens are usually divided into male and female areas, and with good reason – you’re supposed to go in fully nude. While this may seem awkward at first, people who overcome this soon understand how natural and necessary it is to do so.

The process starts with unclothing and putting your items into a locker. You’ll often find a towel be placed inside the locker as well. After this, you’ll proceed to the shower area which can be identified by squat stools. Here, you can use the provided amenities and towel to make yourself squeaky clean before going into the onsen.

Once inside, make sure not to let the towel touch the water, as it is used more to mop up sweat. This is why you’ll see the endearing image of patrons with a towel on their head, as they are trying to keep the water hygienic. Enjoy the hot soak, and have a rinse before you exit the onsen rooms, and you’re done!

One thing to note though: Because tattoos are still very much associated with the Yakuza – triads in the country – most onsens still do not allow people with them to visit, for the ease of other patrons.

Singaporeans are generally familiar with chopsticks, but don’t get complacent – there are some nuances and habits of using chopsticks we are used to that can be appear disrespectful in Japan. 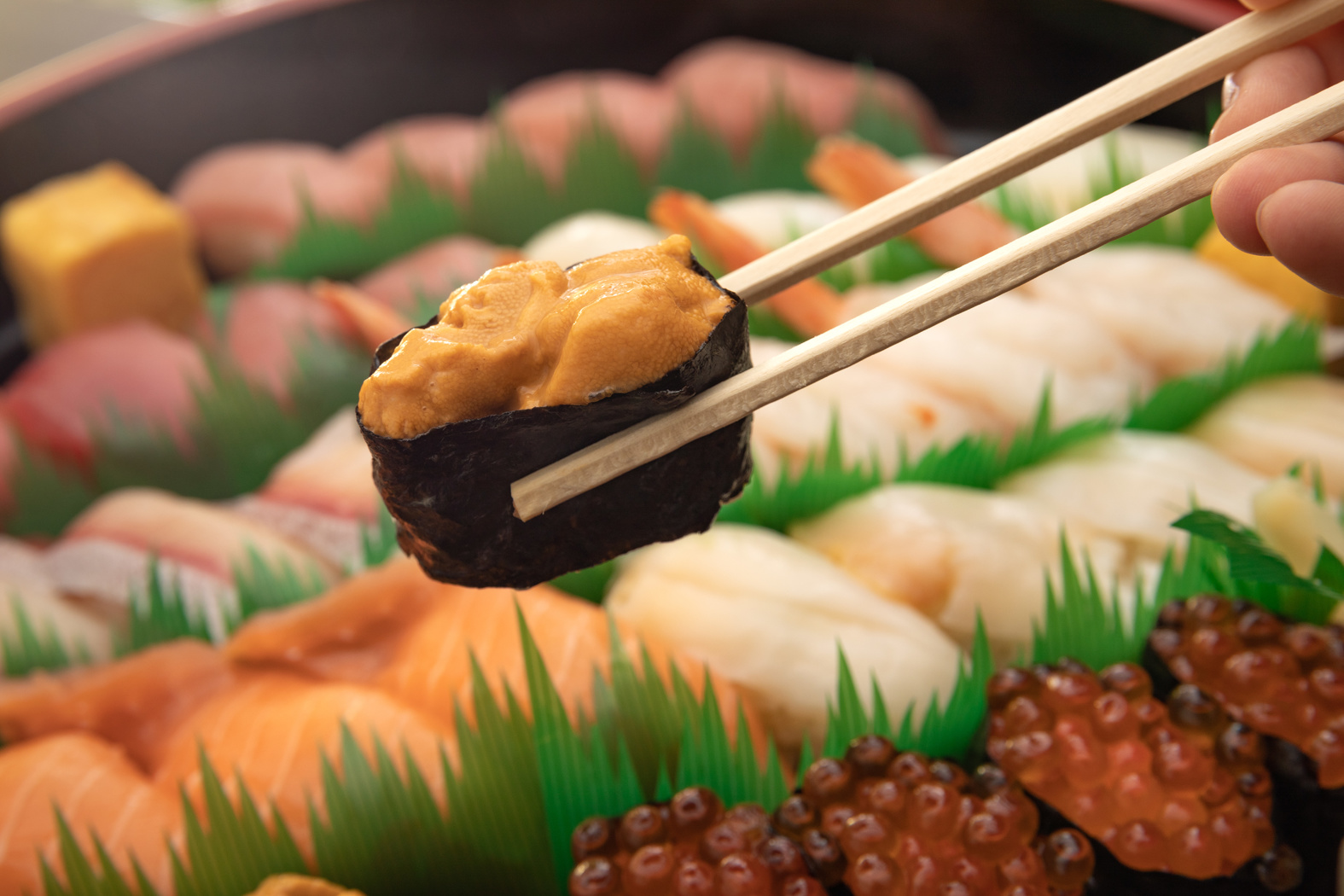 The most likely faux pas is rubbing your disposable chopsticks to get rid of stray splinters. This action – so ingrained in many Singaporeans – can actually be offensive because it reads to the owners that the chopsticks they have provided are of poor quality! So do remind yourself to avoid doing this on your next visit.

Other lesser-known rules include not passing food directly from one pair of chopsticks to another (because this is how they pass bone pieces during a funeral), or to cross them or stab them in any food. In more formal settings, it is good to rest your chopsticks horizontally with their tips facing the left. Finally, don’t ever lick your chopsticks!

Don’t: Go off the trail

Japan is known for its incredible forests and gardens, and it’s easy to stare and get lost in their beauty. That said – never go off the path set for you. 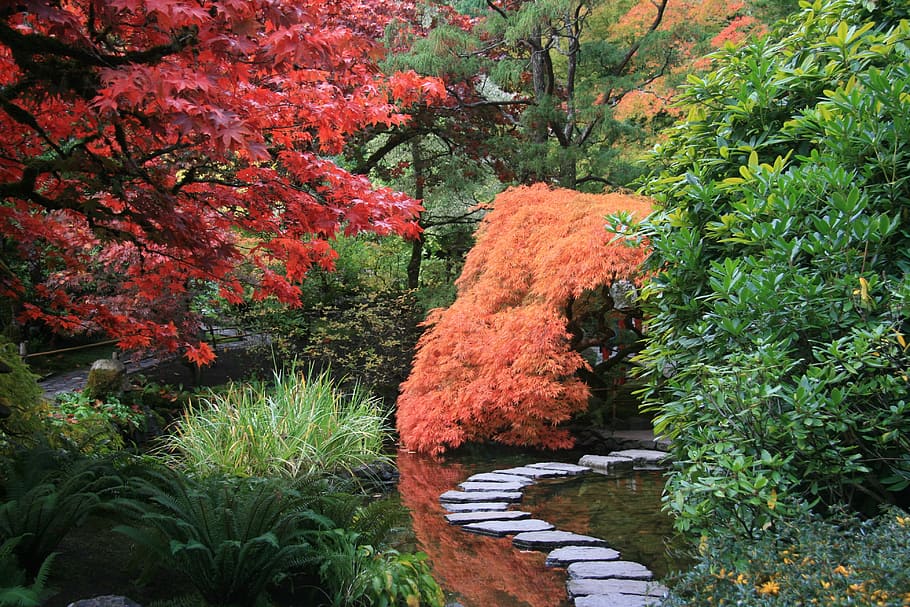 Japanese gardens may look extremely natural, but they are actually precisely engineered pieces of art. It’s no exaggeration to say that every leaf and grass is taken care of, and gardeners may spend hours on one small section. Even a seemingly stray pebble or bank of sand may be intentional. So can you imagine if people started stepping off-trail and breaking a branch or shaking loose leaves?

In addition to that, mosses, which are a common feature of Japanese gardens, take an incredibly long time to grow. One misplaced footstep may crush years of work, so remember to stay on track!

Do: Note where you step when in shoes

When it comes to stepping, be careful where you walk on when in shoes. While not wearing shoes in homes can be easy for Singaporeans to observe, shoe etiquette in Japan can gets a little bit more complicated. 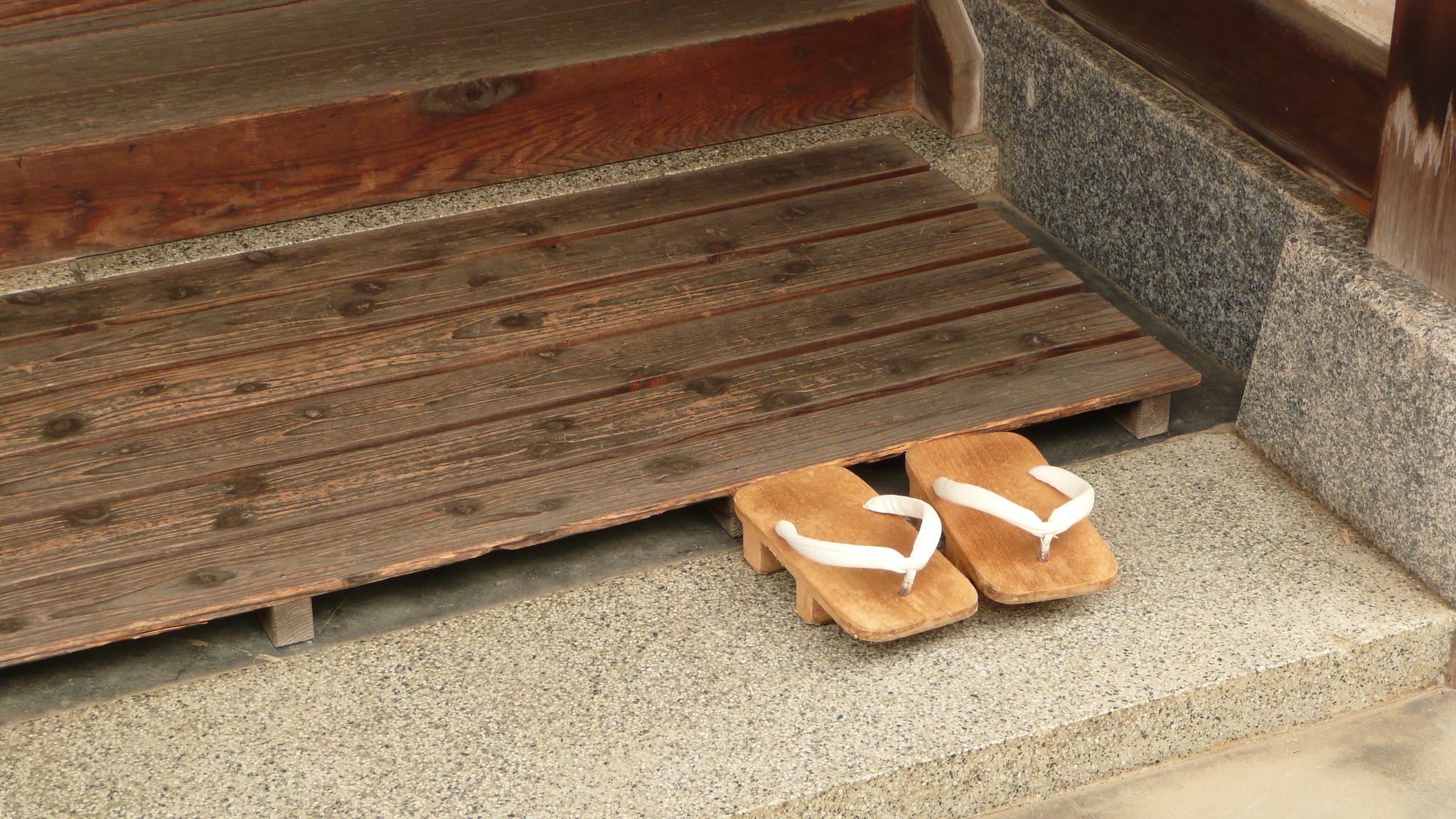 For one, in Japanese design, floor sections are broken up sections to indicate where to take off your shoes. Yet, you’ll need to do so subtly and be extra careful when entering premises, especially sacred sites. When in doubt, stick to this rule of thumb: if you see regular shoes and traditional shoes placed at one spot, swop them there. Take note also of where shoes are placed because this will indicate which area shoes can be placed. If you are really unsure, it won’t hurt to just ask around!

When at sacred places, take note of raised platforms or small elevated steps at entrances or gateways. Some actually delineate the boundary where you need to take off your shoes, so be careful where you step.

Don’t: Point or receive things with one hand

In Japan, proper hand gestures and placement are observed. Pointing, especially when done profusely, is one of the biggest don’ts in Japan. Instead, keep your palms flat and wave towards the item or direction. It may seem unspecific, but trust us – it works just as well with some practice. 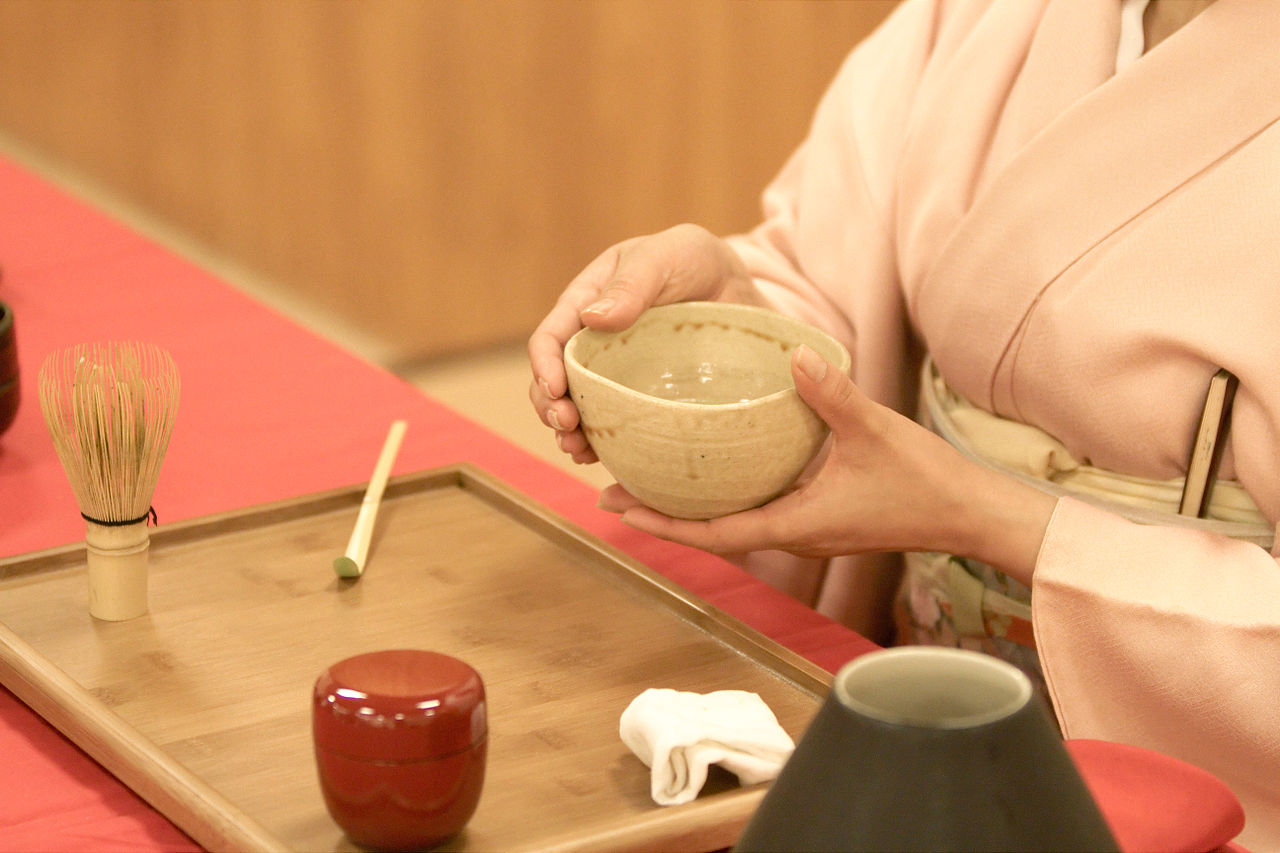 When it comes to interactions between vendors or associates, try to receive or give items (such as a name card or purchased good) with both hands. It is seen as more respectful. Adding a little bow to this always pleases the locals. The only exception is when you do cash transactions. The ever-considerate Japanese will minimise those awkward hand brushes with a small tray at the cashier. You place your money on the tray and they will return your change in the same tray.

While we don’t have a culture of tipping in Singapore, as a visitor in Japan, we may sometimes get overwhelmed by their kindness and generosity that we really want to leave a monetary token. 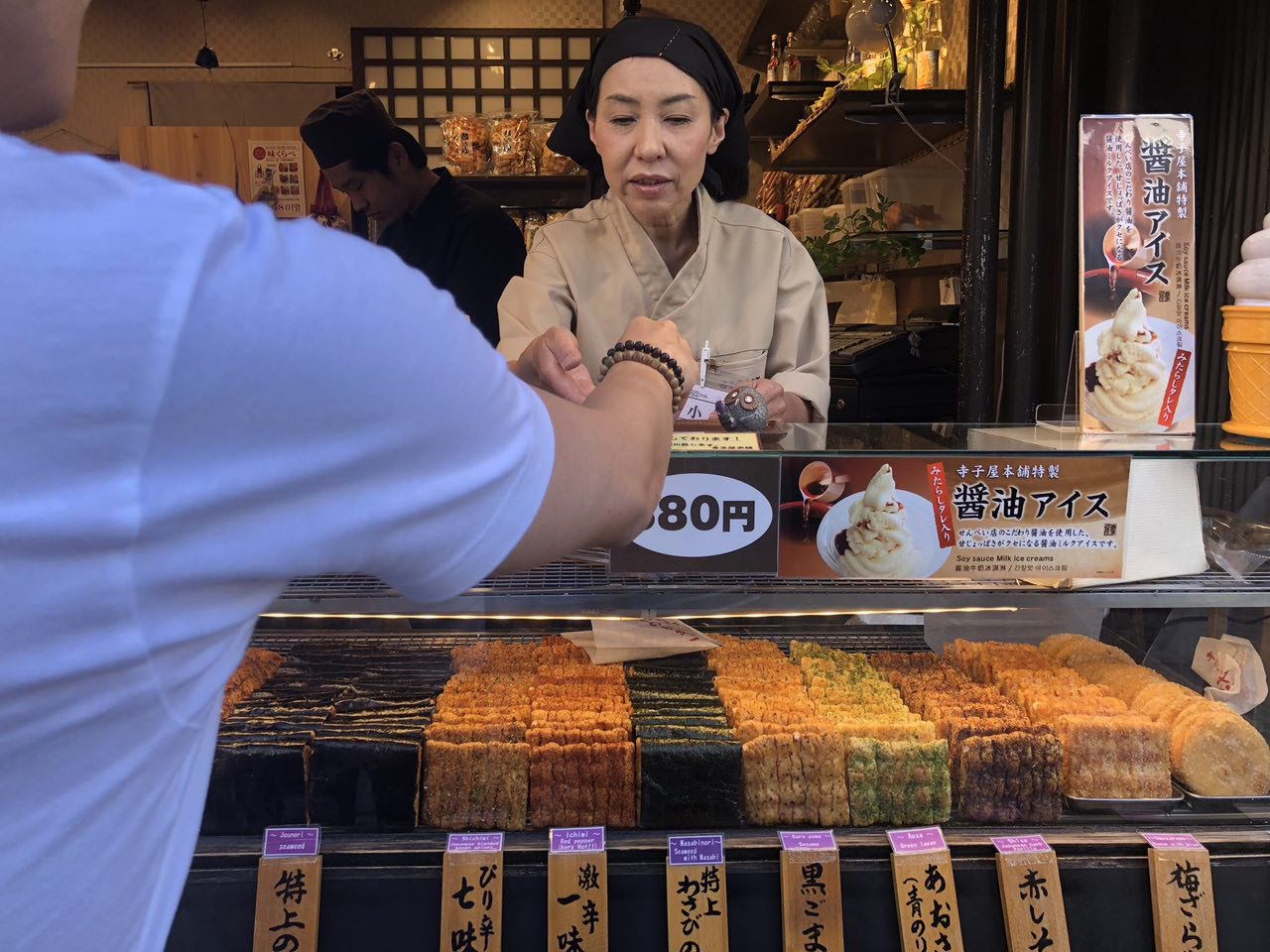 The Japanese find it a joy and honour to be able to make their guests happy. This isn’t limited to the service industry either. As long as you are a fellow human being that needs some assistance, they are happy to grant it without need for reciprocation. This ethos is what makes Japanese so encompassing. This is why giving a tip can actually be considered more rude than polite.

For some international brands in Japan, service charge is usually included, and tipping may be alright (though still not necessary). However, for most local businesses, doing so actually suggests that their service was profit-driven! If you really must, offer a gift (like flowers or a food item) instead.

If you’re ever not sure, asking from your friendly hotel staff always helps to clarify. Establishments like Hotel Gracery Shinjuku and Hotel Musse Ginza Meitetsu are frequented by Singaporeans and are exceptionally considerate of awkward tourists.

From the rich heritage of Kyoto, to the food frenzy in Osaka, Japan’s offerings may be varied but their manners are always impeccable. Make sure you understand the disrespectful things to do in Japan, and enjoy the wonderful memories you’ll make in this fascinating country.